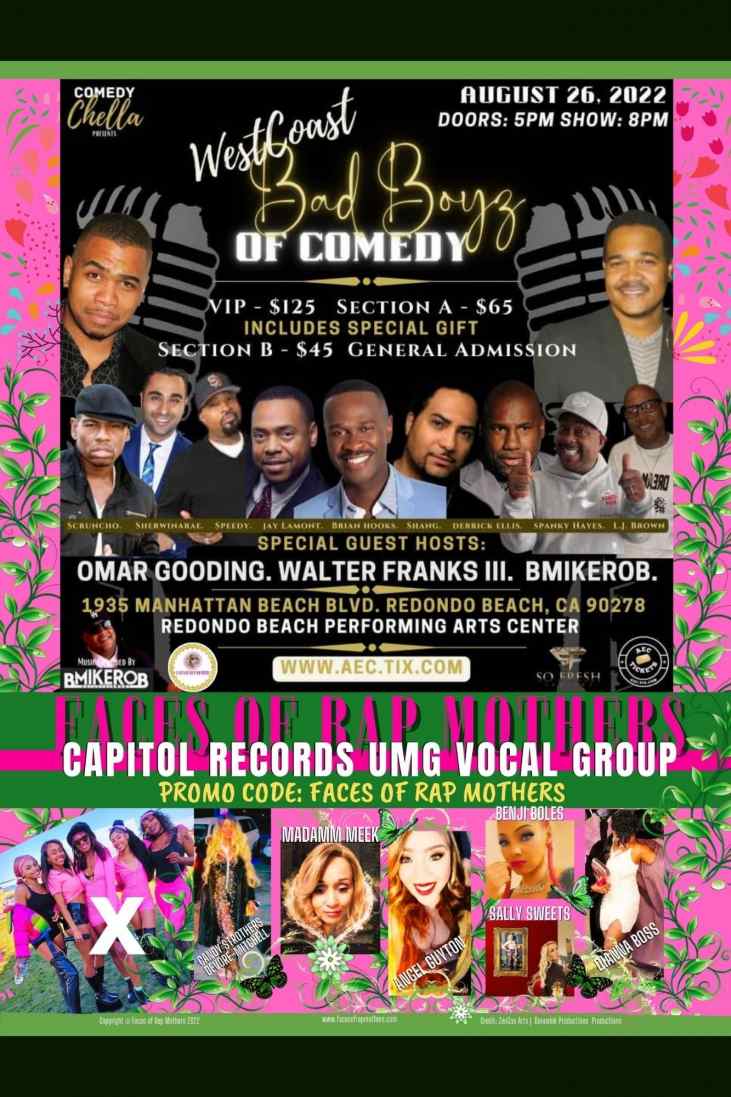 Artists (alpha by last name) include:

Sherwin Arae – his impersonations are requested from near & far; he is known for reveling leadership, management, co-workers, friends & family as a stand-up comic artist.

L.J. Brown – over sixteen-years of talent-driven, creative, improv in the belief laughter heals the soul.

"Speedy" Caldwell - known for The Jamie Foxx Show; Out on Parole; & So Fresh, So Clean - a Down & Dirty Comedy is a featured show host and celebrity.

More on S For Story
Anthony "SCHRUNCHO" McKinley – comedic entertainer on & off stage, Schruncho has acted, toured, and represented in poignant stage plays such as King of the Underground - delivering truthful, gritty, passionate glimpses of life pre- and post-living the dream.