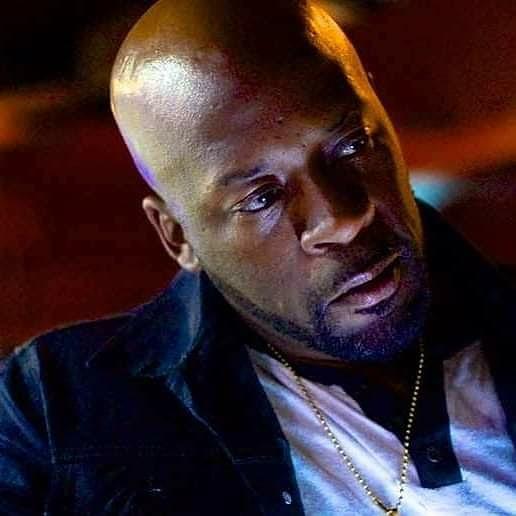 Curtis "50 cents" Jackson signs Kenzel for a co starring role in season 1 BMF (Black Mafia Family)
ATLANTA - s4story -- The Memphis, Tennessee native actor Kendrick Smith pka Kenzel is known for his amazing acting skills and he is very familiar in the film industry for his professional work. Kenzel was introduced to the film industry by his Fraternity brother of Omega Psi Psi Dale Walters and Kenzel's been on his acting journey since 1999.

Motivated by being a dad Kendrick's son Carrington keeps him grounded and reaching to accomplish more. Kenzel resides in both Houston and Atlanta yet he films all over the world.  The bold look that Kendrick Smith was born with sells itself along with him playing a strong Character.

Once the opportunity came to work background extra in 21 grams with Sean Penn and Benicio del Toro in Memphis TN, Kendrick "Kenzel" Smith created an appetite for film and began taking acting classes from Red West who was known for working Elvis Presley.

More on S For Story
Kendrick Co Starred in NBC TV series "" Chase "" with Law and Order supporting lead Actress Kelli Giddesh and appeared in featured film Blood Out with 50cent and Luke Goss from the movie ""Hell Boy". Kendrick "Kenzel" Smith also CO produced an Upcoming reality Documentary series about AAU Basketball Tournament with Clyde Jackson "The Magic City Basketball Tournament" and currently in Preproduction with Tubi for "" Candy2" and "The HUB" produced and directed MR. BOOMTOWN that should be completed by late fall 2021.

Being discovered by 50cent /Executive Producer of BMF tv series for Starz network during a nationwide casting campaign and having the opportunity to work with director/actress Tasha Smith on BMF tv series as a Co Star of Season 1 is one of the highlights in the career of Kendrick "Kenzel" Smith and there is so much more to come.