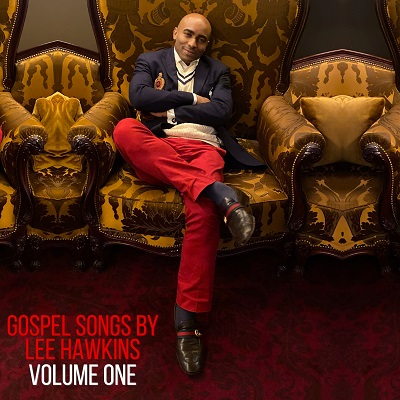 'Gospel Songs By Lee Hawkins, Vol. 1' is a compilation album produced, arranged and composed by Lee Hawkins who is also a reporter for The Wall Street Journal. The songs, which feature young, rising singers such as Ryan Whyte Maloney from Season 6 of the hit TV show, The Voice will be in online distributor stores July 19th, 2021.
NEW YORK - s4story -- What It Sounds Like

While the album consists mostly of Gospel-sounding songs, it highlights Hawkins' versatility as a songwriter, demonstrating that even more than singers, songwriters and producers who possess the ability to create across genres can exercise that option more freely.

A song with deeply spiritual lyrics is "The Kingdom's Come," featuring Ryan Whyte Maloney from Season 6 of the hit television show, The Voice. The song, dedicated to Hawkins' grandfather and father, is about a man in hospice coming to terms with his immortality.

Best Thing About This Project

Hawkins has always been inspired by gospel music that can meet people where they are. Whether people are at home hanging out with their family on a Friday night or partying with their friends in a club, Hawkins want to be able to reach everybody. Growing up, the elders in the church often balked at people dancing to gospel music, especially to songs with a secular feel. However, this is Hawkins protest to that notion. He grew up listening to Kirk Franklin, house music and hip-hop, He never really fit in or followed those traditional expectations and limitations. That's probably why Hawkins was attracted to playing the drums in church services, because he always loved to catch those Deacons and Deaconesses and Sunday School teachers who told him to keep it traditional bobbing their heads and moving side to side to his beats. Hawkins always wanted to find a way to get people out of their seats.

More on S For Story
For Fans Of

People should listen to "The Kingdom Come" and "Washed in the Blood", They offer a reminder that washed by the blood means absent from the body is being present with the Lord. They are powerful and comforting songs for anyone who is going through grief and wants to find a way to put their loved ones' death into clearer perspective.