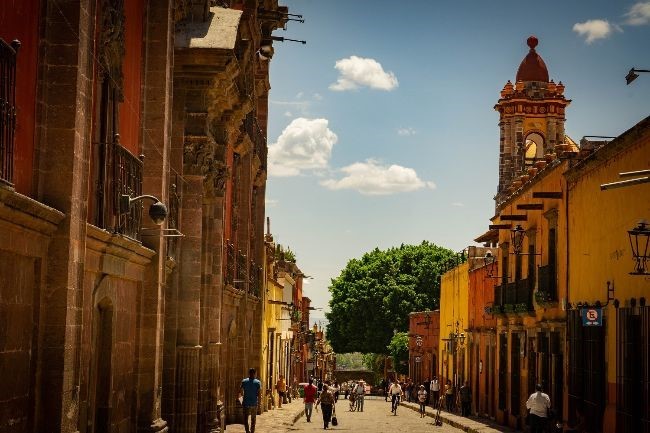 MANHATTAN, N.Y. - s4story -- San Miguel de Allende, located in the state of Guanajuato, ranks in Travel + Leisure magazine's 2020 World's Best Awards as the second Best City in the World, this is the fourth year in a row that the city has placed in the list. The city also placed in the second spot in the Best City in Mexico for the fifth year as announced by the publication this morning. The annual awards honor the top travel destinations and companies around the globe, as rated by readers. In addition, three local accommodations properties find their place in the Top 5 City Hotels in Mexico — Hotel Amparo (1), Hotel Matilda (3),  Rosewood San Miguel de Allende (4)— were named top hotels in Mexico, with the latter also ranking in the top hotels worldwide list. Hotel Amparo also comes in at the second spot in the Top Hotels in the World list.

More on S For Story
"Our annual inclusion in a list as respected as the Travel + Leisure World's Best is of great importance to us in San Miguel de Allende," said San Miguel de Allende Mayor Luis Alberto Villarreal Garcia. "It's a recognition of great past experiences in our town, and we take our place on the world's stage seriously. These past few months have tested our commitment to the health and safety of our residents and guests, and we are proud to have taken an exemplary leadership, not only in Mexico, but as an international destination," he added. "Today, the results are there and, although we remain conscious in our reopening, we are confident in our work."

"As we look forward to renewing San Miguel de Allende to the needs of today's travelers, we are eager to show angles of the destination that some may not have experienced before," said Laura Torres-Septien, President of the San Miguel de Allende Tourism Board. "People know us for our architecture and romantic escapes, but we have multiple outdoor activities, from hot-air balloon rides and open eatery food tours to visits to our wine country and thermal water parks."

Guanajuato's governor, Diego Sinhue Rodríguez Vallejo, affirmed that "for the state of Guanajuato it is exciting that San Miguel de Allende continues to be a benchmark as a worldwide tourist destination, where our cultural heritage, extraordinary gastronomy and hotels are managed in a sustainable manner. The quality of its tourist services and the warmth of its inhabitants stand out in the world. The efforts and commitment by all, make the work done through this noble economic activity the greatness of Mexico."

More on S For Story
Arguably Mexico's most well-known colonial destination, San Miguel de Allende is a UNESCO World Heritage city and one of a select few cities worldwide to be so honored for multiple years running in the T+L World's Best Awards. The city's central location and rich history — as well as its culture, gastronomy, art and people — are a part of what contributes to its nickname as 'The Heart of Mexico.' San Miguel de Allende is home to more than 80 hotels, including 30 boutique properties, two hotels approved by the Virtuoso network of travel advisors and two Design Hotels properties. The city also boasts 70 restaurants, three golf courses and dozens of spas and art galleries.