Is the sacrifice of one man, and his family, justified in order to save humanity? 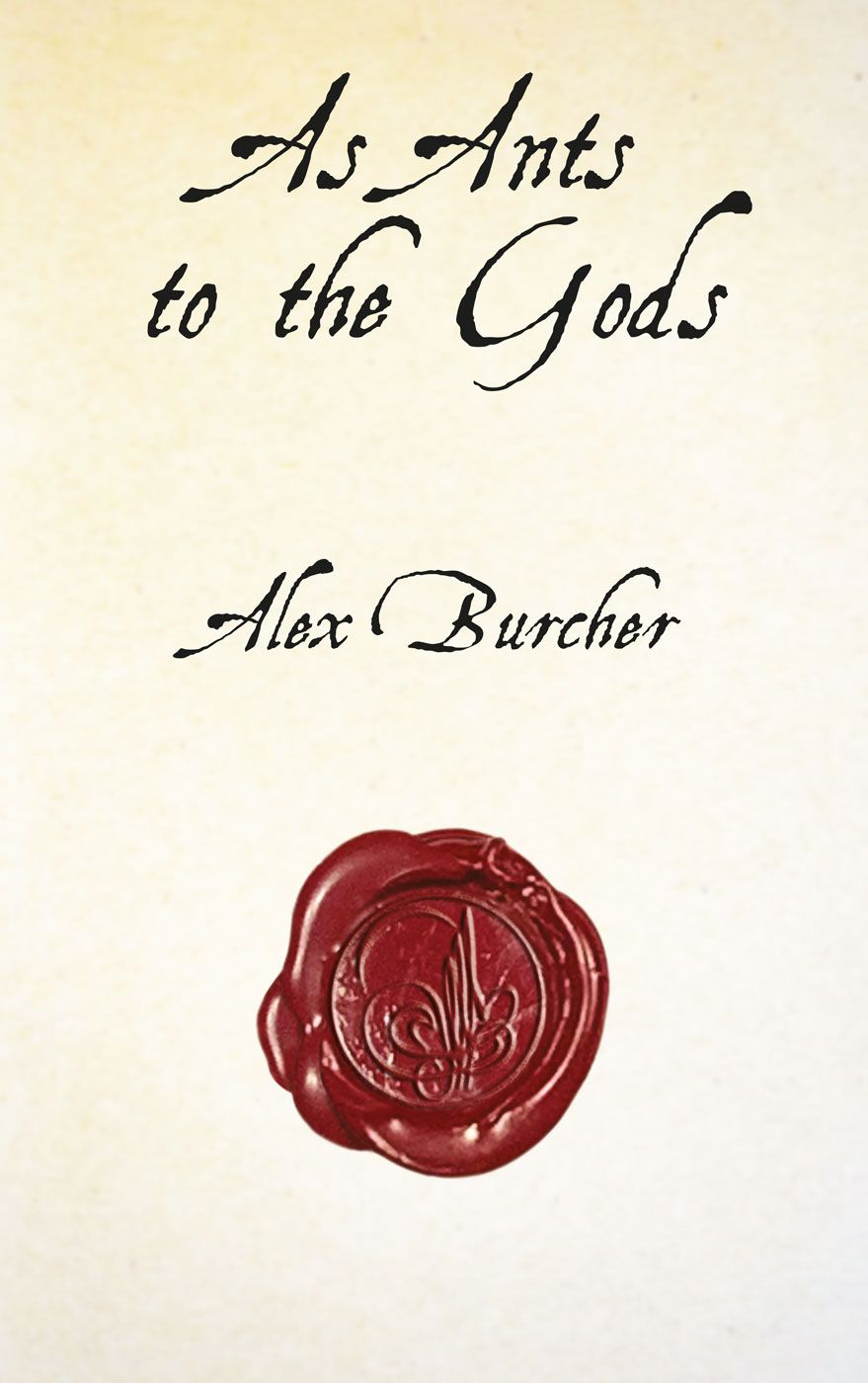 Alternate history, As Ants to the Gods, challenges some orthodoxies and assumptions of Western culture. For adults only, certainly not the faint-hearted or easily shocked, it is a ribald and irreverent exploration of a world that could have been.
DARTFORD, U.K. - s4story -- Elsewhen Press, an independent UK publisher specialising in Speculative Fiction, is delighted to announce the publication of As Ants to the Gods, alternate history adventure by Alex Burcher.

Five years after the Great Fire of Lundun, ex-dragoon Laqua is lured by an ex-comrade-in-arms into helping the Keepers of the Light, a covert band fighting the equally clandestine Cult of the Death of Hope. The Cult intends to bring down the empire of the Moors and, indeed, all civilisation. An empire that has conquered most of Europe, where the language is Arabic and the flag of the falcate moon flies. Where alcohol is banned and hashish legal, prison is unknown and punishment is by whip, knife or hook. A world in which the Industrial Revolution is already well advanced and steam engines chug. Where the Norse have settled the New World first. In Lundun, capital of the Tin Isles, the largest mosque looms over St Paul's Cathedral. And Samuel Peppin has given up his diaries to write bawdy poems.

More on S For Story
Vital to defeating the Cult is an ancient secret Scroll, the final chapter of the sacred Script, its authenticity assured by its Seal. While the Cult would destroy it, the Keepers intend its dissemination to all. But, until they have the means to do so, Laqua is entrusted with its safekeeping. He falls in with a dour eunuch, a functionary of the Court of the Amir in Qurtuba, and a perfidious, possibly drug-addled, heretic. And what part might a libidinous Norsewoman play? Ahead of him lie spying, fighting, loving, torture and tragedy … and the discovery of a hideous truth.

As Ants to the Gods is now available in both eBook format and paperback, from good retailers or the publisher.

About Alex Burcher
Alex Burcher is a health-care professional with a predilection for skiing, cycling, swimming, rock music (think the Black Crowes and the Duhks), red wine and Calvados, and trying to learn the saxophone and piano. Alex has written technical articles for professional journals but is now venturing into fiction.

His deployment of anatomical knowledge in his writing has sometimes to be restrained. He loves words and believes that vocabulary should not be confined to the familiar, that nearly all are worth preserving and enjoying. Alex does not see why a book cannot be both exciting and well-written. Writers he admires include Phillip Roth, Robert Harris, Michael Chabon, Keith Roberts, Margaret Attwood, Harlan Ellison and many others too obscure to mention.

Information about Elsewhen Press, authors and titles can be obtained online from https://elsewhen.press

Interviews with authors can be arranged through Elsewhen Press, contact Al Murray.

Our press releases can be obtained as pdf files from our website.