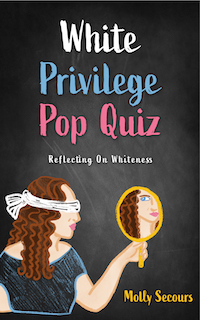 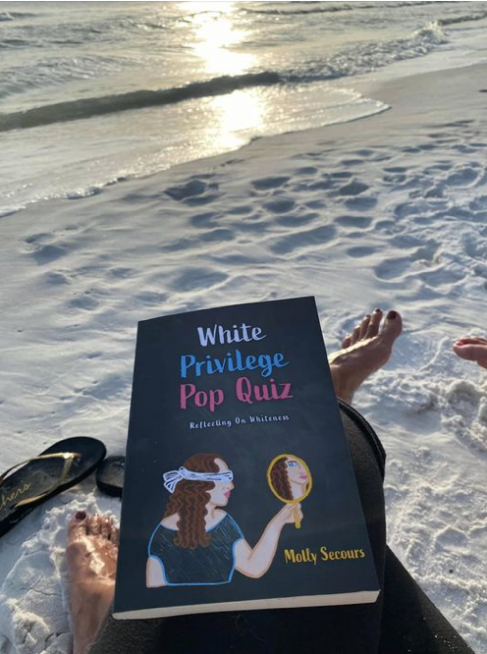 Renowned Nashville Writer/Filmmaker's Book Scores Big with Poignant Pop Quiz Questions that Further Racial Conversations
NASHVILLE, Tenn. - s4story -- Molly Secours, an esteemed filmmaker, writer and public speaker based in Nashville, Tenn., has been a voice for social change for much of her adult life.  She has produced more than 60 films and videos about disparities in education, criminal justice and healthcare.

White Privilege Pop Quiz, is a poignant, 130-page work that urges audiences to unearth their deepest biases by simply taking a quiz that reveals "White Privilege"--a term that has been thrust into the country's consciousness due to the Black Lives Matter movement and recent social protests through the United States.

Before the official release Secours' book was listed #4 on the Best Seller List at Parnassus Books, the beloved independent book story owned by esteemed novelist, Ann Patchett in Nashville TN.

More on S For Story
The book is published by Dark Horse Books ($15.99, Nashville, Tenn.) and is available online at Parnassus Books  (Amazon.com and MollySecours.com/book) and major bookstores, beginning on Nov. 10.

"This book is not something you should read if you just want to appear 'woke' as the young people say," said Nontombi Naomi Tutu, author/activist and daughter of Archbishop Desmond Tutu. "If that is your aim, put it down right now. However, if you are really interested in learning how we got here, why we stay here and how we can all make it out of this system alive, this is the book for you. So get ready to be challenged, educated and inspired to make a stand against White privilege and racism."

More on S For Story
For over 20 years, Secours has been urging audiences to look in the mirror.  White Privilege Pop Quiz consists of questions and revelations that help set a context for discussing the term White Privilege.

Each chapter of the book begins with a multiple-choice question meant to reveal, inform and inspire more questions about Whitenessand the system invented to promote Whitenessthan you have ever entertained before. The hope is that perhaps the quiz will point readers in a new direction ---to think more deeply and behave more consciously.

"Unlike a pop quiz at school, there are no wrong answers, only truthful ones," stressed Secours, a Tedx speaker.

Filed Under: Education
0 Comments
Latest on S For Story