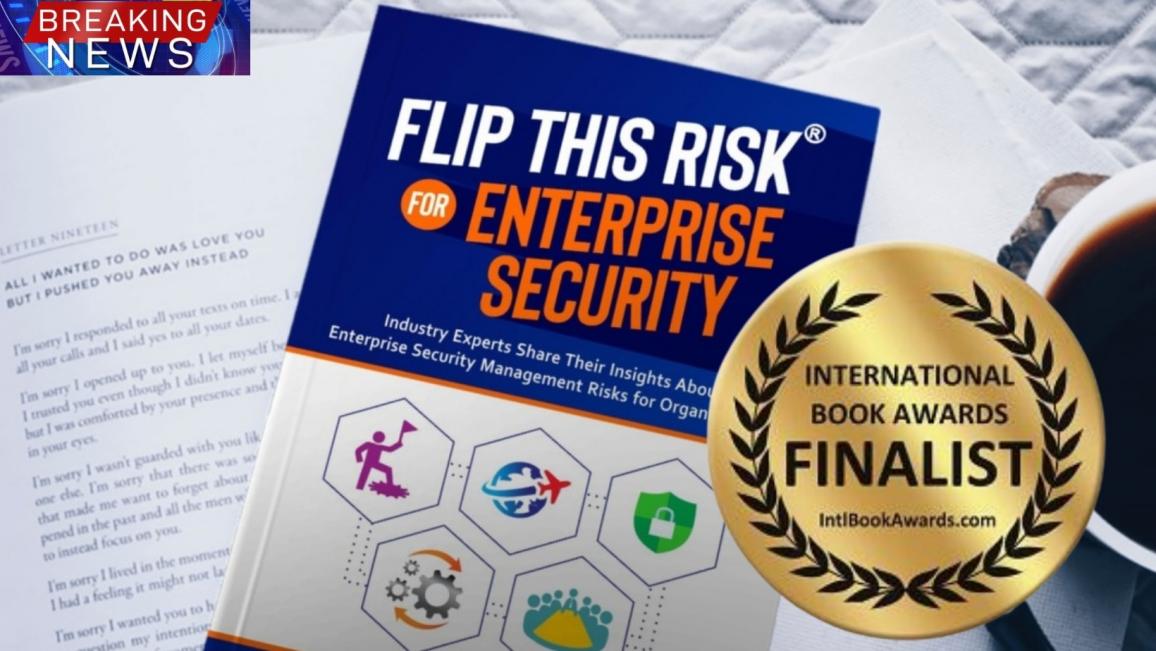 Washington, D.C. native creates a catchy book title that places as a winning Finalist for Best Cover Design
WASHINGTON - s4story -- Dr. Karen Hardy has spent the majority of her 30-year career working in the federal government as a Director, until one day while watching HGTV, she got the idea to create a podcast to help others learn about the risk management profession in an easy and simpler way. After grabbing a portable microphone and recording her first episode, Flip This Risk Podcast was born.

Four years later, she began to notice the under-representation of women in sectors of the risk management field, especially when it came to industry publications. So she started a new book series with the same catchy name. But this was no ordinary book series.

"I was a little nervous. As a first-time publisher I was concerned that I was creating a book that was too "outside of the box" and wouldn't be accepted in my trade. But I liked the energy and concept it conveyed."

More on S For Story
Working with a designer, Hardy eventually ended up with something that didn't look like the traditional industry book designs. Her book had a catchy title and bright colors that seems to have caught the attention of the international publishing world.

As a result, Hardy recently received word that she was an "Award-Winning Finalist in the Best Cover Design: Nonfiction category of the 2021 International Book Awards.  Her book was honored out of thousands of submissions from around the world.

"I was ecstatic!," says Hardy. "Growing up in D.C., I spent my time creating comic strips and writing poetry at my mom's dining room table during the summer," she says.  That early burst of creativity eventually led to being accepted in the Lemuel Penn Center (now Duke Ellington) to study poetry and then off to Hampton University to study journalism and mass media.

More on S For Story
"As a kid in school, I never really fit it. I always saw the world differently. Where others saw straight lines, I saw circles.  When others would zig, I would zag. I finally realized later in life that being original was a gift."

She now uses that giftedness to publish the Flip This Risk book series that promotes diversity in the her field, building a platform for other professionals to display their voices and expertise.  "The book design is more inviting, and creates curiosity around a subject that is complex and abstract.  The colorful design makes the subject-matter much more inviting," she says.

What does the future hold?

Dr. Hardy says that the profession is growing as a result of the pandemic. More people need to learn about risk management. Her books are a great way to do that without a lot of technical jargon.  Her first book features women authors in corporate security from companies such as Walmart  Walgreens, and AIG.  She has identified 60+ new titles for publishing and looks forward to elevating the diverse voices of those in the profession.