2022 seen as the "Summer of Our Discontent" for SCOTUS watchers 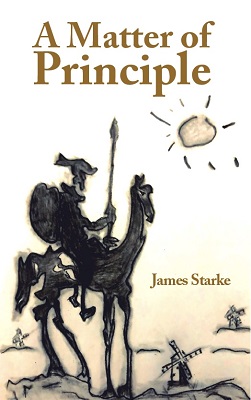 Release of A Matter of Principle in paperback provides new perspective on the descent of the Supreme Court into the constitutional Dark Ages of yesteryear
ENGLEWOOD, Fla. - s4story -- Written more than three decades before the tumultuous summer of 2022, when the U.S. Supreme Court emerged to reveal itself as the reactionary institution many observers had accused it of being, A Matter of Principle foretold the decline of the high court, which had by then already shown cracks in the ideological fault lines that have now broken into wide fissures, alarming the public with radical decisions such as the erasure of Roe v. Wade.

More on S For Story
In a new introduction to the just-released paperback version of the book, comparisons to today's legal cynicism and angst of the 2020s are made to the post-protest era of the early 1980s (the setting for A Matter of Principle), when young lawyers were motivated more by profit than anything else, leaving the job of doing the right thing to modern-day Don Quixotes, such as the protagonist in this work of historical fiction, who dared to tilt his lance at the monstrous serpent that, in his eyes, the SCOTUS had already become, unseen by everyone but him.

Not much has changed since the yuppie era.  But, then again, perhaps it has always been thus.

According to the publisher, there is a reason Don Quixote is so well regarded centuries after it was first released: "Most thoughtful people want to believe that there is something more to life than this vale of tears.  At least they used to.  They want to believe that there are people out there who are still willing to charge forward on their trusty steeds, lance in hand, sidekick at their side, fighting the good fight, championing the cause of chivalry, justice and the betterment of all humankind."

More on S For Story
But, for the time being at least:
"Woe be to the knight that tilts in the direction of the Supreme Court."
https://www.youtube.com/watch?v=ZGZC9m6VgH0