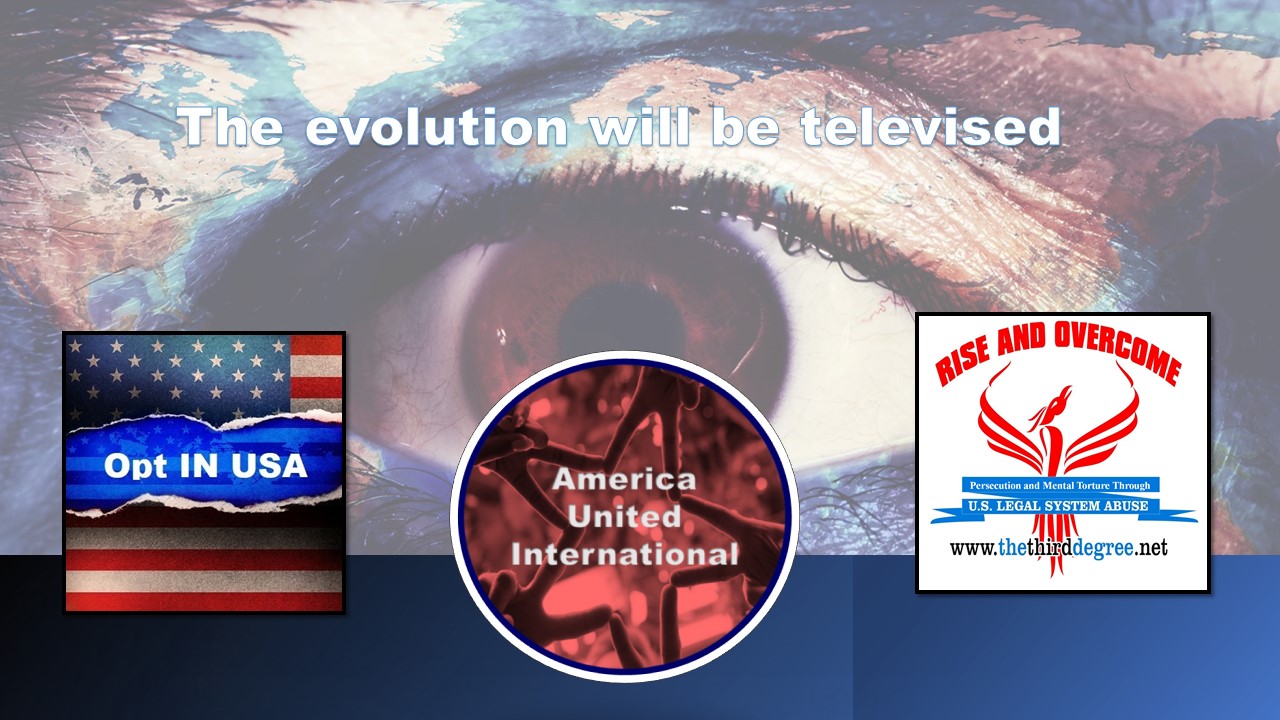 Taking their cues from the Declaration of Independence, today, U.S.-based good government advocates launch an international, grassroots campaign to lawfully circumvent the White House and Congress and halt weaponization of America's legal system and related judicial corruption that public officials have watched for decades from the Oval Office and Capitol Hill in Washington, D.C.
SLIDELL, La. - s4story -- "America United International, AUI for short, is proof that at some point the American Dream became too much about winning," says Belinda Parker-Brown, Co-Founder and CEO of Louisiana United International, Inc., a grassroots civil, constitutional, and human rights organization that is AUI's nonprofit sponsor.  "America is home of too many prosecutors, pharmaceutical companies, corrections industry professionals, drug enforcement taskforces, street cops, private attorneys, estranged spouses, heirs, insurance companies, investigatory agencies, tech firms, wealthy corporations, purported fiduciaries, and the like . . . seemingly committed to winning at all costs," Parker-Brown explains.  She adds, "What's worse is U.S. court rulings regularly support the shady dealings if not outright criminality of these by-any-means-necessary winners whom most Americans celebrate with inadequate regard for the societal costs of their victories."  AUI co-administrator and historian, Dr. Andrew D. Jackson, relates what Parker-Brown describes to a literal turning point in U.S. history, as does the AUI campaign.

Jackson characterizes the resistance of Britain's King to appeals for reform and justice recounted by America's Declaration of Independence as losses by good government advocates of the time and wins by a corrupted Establishment.  The historical pronouncement of their sovereignty independent of Great Britain and the British Crown on behalf of thirteen (13) states then comprising the United States of America suggests those losses persuaded most British subjects to quietly suffer their King's "repeated injuries and usurpations".  Dr. Zena Crenshaw-Logal, AUI's Chief of Operations and a focus of related legal claims, interjects that AUI is premised on an amazingly similar and painstakingly documented history.

More on S For Story
According to AUI's booklet of FAQs (Frequently Asked Questions) as of October 25, 2021, the campaign . . .
Parker-Brown sums up the mission by saying AUI is a "Time Out, Code Blue, Red Button Push on the weaponization of America's legal system."  The action seems radical or revolutionary and it is, Dr. Jackson emphasizes, "Just as radical and revolutionary as America's Declaration of Independence from Great Britain in 1776!"  Signatories to that historical document proclaimed, "Whenever any Form of Government becomes destructive of (the lives, liberty, and property of those governed), it is the Right of the People to alter or to abolish it, and to institute new Government, laying its foundation on such principles and organizing its powers in such form, as to them shall seem most likely to effect their Safety and Happiness."  AUI is an attestation that organized U.S. legal system abuse facilitated by unchecked judicial misconduct, compounded by inadequate domestic redress for such offenses, has been as devastating for many, many Americans and remains no less a threat to the well-being of all average Americans.  AUI co-founder, the nonprofit group known as Doctors of Courage, even helps link weaponization of America's legal system against vulnerable U.S. medical professionals, to avoidable patient deaths.

Interestingly, the words radical and revolutionary describe AUI, but not the word unprecedented because in abandoning Great Britain and creating the United States of America, a precedent for AUI's literal alteration of government was established – at least so say Belinda Parker-Brown and Dr. Zena Crenshaw-Logal, AUI's official spokespeople.  What are seemingly without precedent are the campaign's "pillars", a proposed modification of original actions before the U.S. Supreme Court (SCOTUS) and a request for investigation of U.S. President Joseph Biden, Jr. by the International Criminal Court (ICC) for "Crimes against humanity" attendant to confirmed judicial oversight shortfalls in violation of America's ICCPR plus corresponding U.S. federal law.

More on S For Story
On Thursday, October 21, 2021, Dr. Zena Crenshaw-Logal sent to the SCOTUS by commercial courier her formal request for permission to file a lawsuit based loosely on provisions for original actions before the Court involving "ambassadors, other public ministers, consuls, or vice consuls of foreign states".  Crenshaw-Logal claims her proposed pleading submitted "Individually and as Envoy/Representative Party"  is within the prerogative of ". . . 'the People to alter . . .' U.S. government, all within the power vested in us by natural law, including our inherent right to self-defend, given the inalienability of those rights, our privileges and immunities as American citizens, plus circumstances countenanced by our Declaration of Independence".  The lawsuit asserts that "Crenshaw-Logal and those she . . .  represents are at imminent risk of losing life, liberty, and/or property as a direct and proximate result of" America's documented failure to supply effective avenues of redress for the complicity of its judges in U.S. legal system corruption.  On behalf of AUI, Parker-Brown and Crenshaw-Logal share with the ICC that despite what they "contend is (the) very sound basis in fact and law (of Crenshaw-Logal's submission to the SCOTUS, it) is an unprecedented and highly unusual attempt to secure relief from the High Court of a legal system that has proven ineffective for decades, per applicable standards,  in redressing such matters through its ordinary processes."  Parker-Brown concludes, "If nothing else, AUI will confirm for the world to see the brutality against countless Americans, imposed in the very court houses and hearing rooms we fund with the help of public officials and often lawyers we pay."