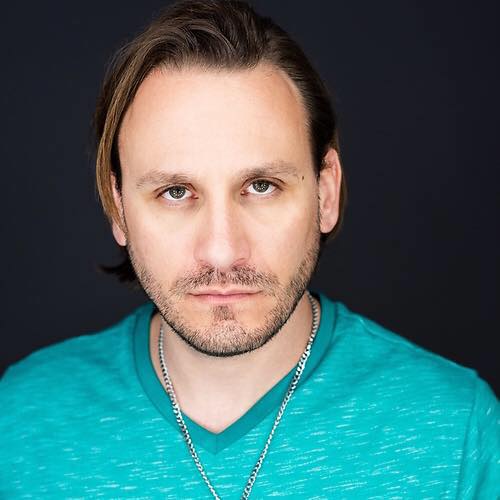 Buffalo, NY native, and Tampa Bay area resident, Nicholas Denmon landed a supporting role in in the WW2 epic, Wolf Hound as a torturous Nazi by the name of Oskar.
BUFFALO, N.Y. & TAMPA, Fla. - May 3, 2019 - s4story -- A relative newcomer to the silver screen, Denmon is already garnering rave reviews for his performance.

Based on the real-life Nazi program KG 200, "Wolf Hound" chronicles the story of a Jewish-American pilot shot down behind enemy lines. With little more than his wits and a sidearm, he must outsmart a brilliant enemy, rescue his captured crew, and foil a plot that could change the course of the war.

"It was an incredible experience working on a massive set with so many talented people. From the director Michael B. Chait to the writer Timothy Ritchey, and the entire cast and crew you just got the feeling that the whole thing was being done with vision and purpose. It was really a dream come true," Denmon said.

Michael B. Chait makes his feature film directorial debut in grand style – launching a WW2 epic complete with actual WW2 bombers, tanks, weapons and so much more. Written by Timothy Richey and produced by Sue Witham and TMU Pictures, the score for the film was put together by Michael Cramer.

More on S For Story
The team worked with the Yankee Air Museum in Michigan and gained access to the original bomber plant used to produce 'Rosie the Riveter'. They also facilitated the use of B-25 Mitchell Bombers, a Boeing B-17 Flying Fortress Bomber of which only 10 still fly in the entire world.

The aerial footage also included P-51 Mustangs, a Hawker Hurricane, a Supermarine Spitfire, and a Focke-Wulf Fw 190. Working with Dunkirk aerial cinematographer, Craig Hosking, the dogfight scenes were conducted without the aid of special effects.

Adding to the list of collaborators is Westley Gathright, the cinematographer, and Russell Carpenter, the Oscar-winning cinematographer for the "Titanic" as a visual consultant.

Denmon is an award-winning novelist for the cult literature mafia series An Upstate New York Mafia Tale, and is a well-known poet having just released his collected works under the title of "Broken Footprints Faded Hearts". He also starred in the horror film "Death Trap" last year, which was filmed in Ocala, FL.