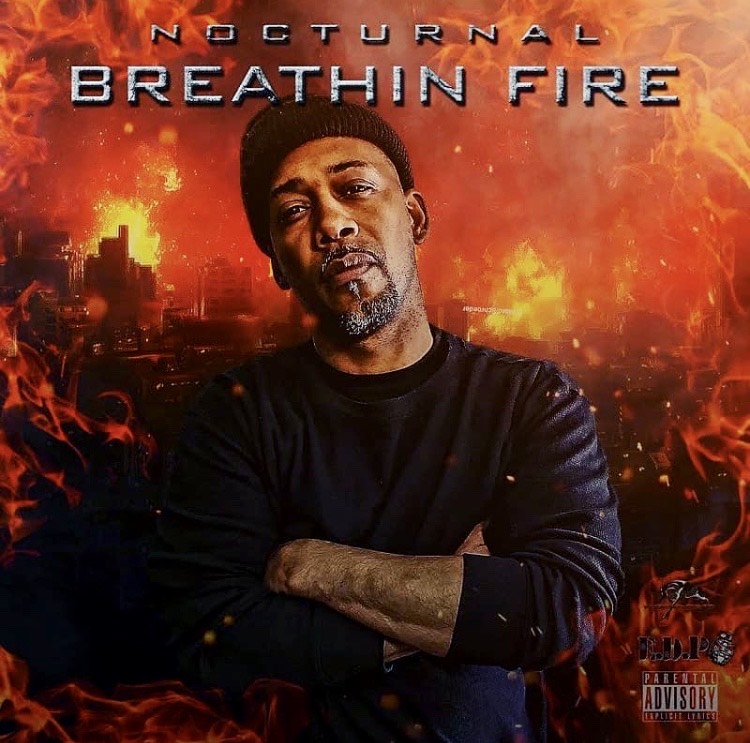 Leading up to the release of this debut EP, Nocturnal, released the leading single off the project, "No Sauce" with accompanying visuals. This single sets the tone for what is to be expected from the rest of the project which is rooted in the traditionalism of the genre of hip-hop. It will be giving us everything we can imagine when we think of Hip-Hop: raw lyrics, punchlines, metaphors and  storytelling.

More on S For Story
View "No Sauce" video here.

It's alway been important to Nocturnal as an artist to stay true to highlighting the reality of the world he grew up in. This includes poverty, street violence and distrusting encounters with law enforcement. After two decades in the industry, he's still just getting started and is ready to continue to forge a legacy in the industry built to last.

"I'm definitely back with the energy and lyricism," says Nocturnal. "This project 'Breathin Fire' has me amped up. I had a lot of fun recording the EP. I think this is a good come back or should I say, it's a great start to something epic."