A Draft Opinion was Published 36 Years Ago – with Disastrous Results 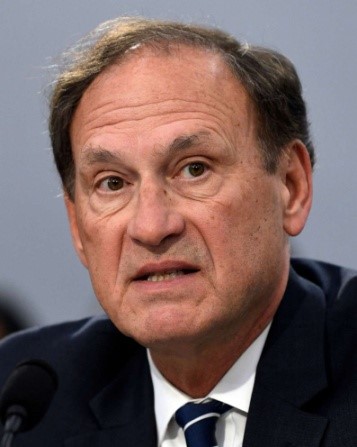 Did SCOTUS Chief Justice resign after publishing what was originally a draft opinion that no other justice agreed with?
WILLIAMSBURG, Va. - s4story -- Thirty six years ago, I appealed a speeding ticket to the United States Supreme Court. My case was among thousands submitted to the nine justices who would decide if they would deign to hear a case or - more likely - not. On the day of the conference when they voted not to hear my case, they rejected my appeal, along with many others. But SCOTUS acts in mysterious ways (as we have come to learn) and for reasons left unanswered for close to four decades, the humble request to hear a traffic case was given special treatment by one – and only one - justice.

The Chief Justice, no less.

Ill-content to just deny the appeal and be done with it, the supreme leader of the highest court in the land went out of his way to write an opinion in which he said that I think "the judicial system is a laboratory where small boys can play" and that giving a little boy like me a license to practice law was "like giving a small boy a loaded pistol without instruction as to when and how it is to be used."

Fixations on small boys – especially those who are packing – aside, how could such a crazy opinion survive the mysterious (and exacting) vetting process of the high court? I had the benefit of no insider who would leak out hints as to how this strange opinion ended up seeing the light of day.

More on S For Story
But we are all now getting a better education on how this sort of thing works, thanks to the leaked Alito missive that he is circulating among the other justices to try and induce them to sign on to a ruling that guts the constitutional right to privacy.

Armed with this knowledge, I now have better insights into how the chief justice came to get shot in his own foot by a little boy all over a silly traffic case, although there are precious few clues as to why one of the other justices were not able to stop him. We can read little into the words of the sphinx-like justices who declined to join in the Chief's concerns over what little boys are up to, but said nothing else.

Nor are we favored with much of an explanation of the Chief's resignation from the high court barely a month after the brouhaha that engulfed a mystified public in the wake of his ill-considered draft opinion that found its way into law books and posterity. Could it be that, during an experiment in his laboratory a little boy managed to brew such a tempest inside a teapot that the Chief Justice found himself scalded?

The chief's personal papers would shed far more light on this and many more questions than any leaked draft opinion ever could. But alas, for reasons also left unexplained, he placed his papers under seal at William and Mary until ten years after the last justice who served with him at the high court has passed away (Sandra Day O'Connor, 92 years young, is the last surviving member of the Burger Court).

More on S For Story
https://www.youtube.com/watch?v=Eya_k4P-iEo

I wish Justice O'Connor a long and happy life. I can wait to find out what the chief really thought about little boys and why he felt the urgent need to share those thoughts with her (and the other justices) in the form of a draft opinion – and why they couldn't talk him out of publishing it.

Maybe some of them wanted to see him fall from grace. But in the meantime, we will all have to wait to find out why a speeding ticket case made the chief justice drive at break-neck speed towards - and then over - the edge.

For a young lawyer who was 27 at the time, and will be in his 70s when the vault is finally cracked open, that is a long time to wait.

About the author: Bret Clark is an attorney whose experiences at the Supreme Court (and in law school) are the basis of A Matter of Principle, a work of historical (and of necessity, partly speculative) fiction by James Starke.