Honey Bee Numbers Are Declining. Are Children Our Last Hope To Save Them? Author And Filmmaker Wayne Gerard Trotman Thinks So 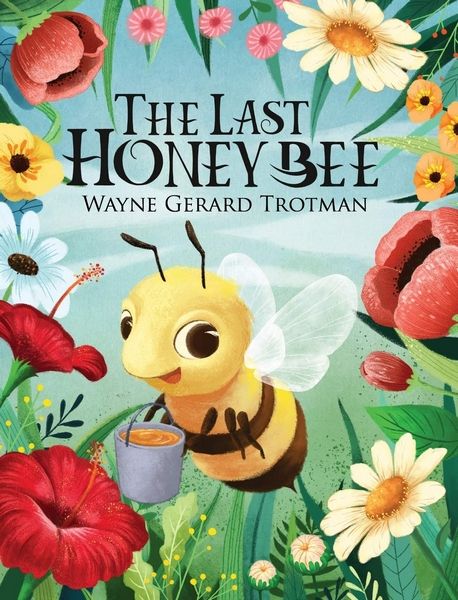 Learn about Manderlee, an adventurous honey bee, and the challenges she must overcome in a beautifully illustrated rhyming story for children aged 3 and older. When her hive is destroyed, Manderlee must find a new home to survive. Join her, as she takes a perilous journey to a foreign land.

Released on the 16th October 2019, The Last Honey Bee is the first of 6 illustrated rhyming stories by Wayne Gerard Trotman. "I hope to make young children aware of the importance of honey bees while encouraging them not to harm these important pollinators," says Trotman, who adds that the book also encourages children to plant wildflowers, which are rapidly declining in the UK. The Last Honey Bee is 56 pages long, features 29 full-colour illustrations, and is only available in a premium hardcover edition.

More on S For Story
According to recent surveys, bee colony death continues to rise with American beekeepers losing nearly 40% of their honey bee colonies in the winter of 2018-2019. In the United Kingdom, disease, habitat loss, pollution and climate change have led to a reduction of bee populations. In England, seventeen species of bees are now regionally extinct and many others are at risk. Trotman believes that making children aware of conservation issues and the steps they can take to help safeguard wildlife is essential as children are the adult decision-makers of the future.

Wayne Gerard Trotman is a Trinidadian-British author, filmmaker, photographer and composer of electronic music. He has previously explored the theme of conservation in his 2015 young adult novel, Kaya Abaniah and the Father of the Forest. The science-fiction epic was featured in Supernatural Literature, a definitive 3-volume encyclopaedia published by St. James Press that covers the most notable literary works in the genre of the supernatural. Trotman's wildlife photographs are available from Getty Images. They include shots of the critically endangered Sumatran tiger – the subject of his second rhyming story, A Tiger's Tale, which will be released on the 5th November 2019.

More on S For Story
The Last Honey Bee is available now from Barnes & Noble, Waterstones, Book Depository, Amazon and most reputable bookstores and online distributors. Ask your library to order a copy.