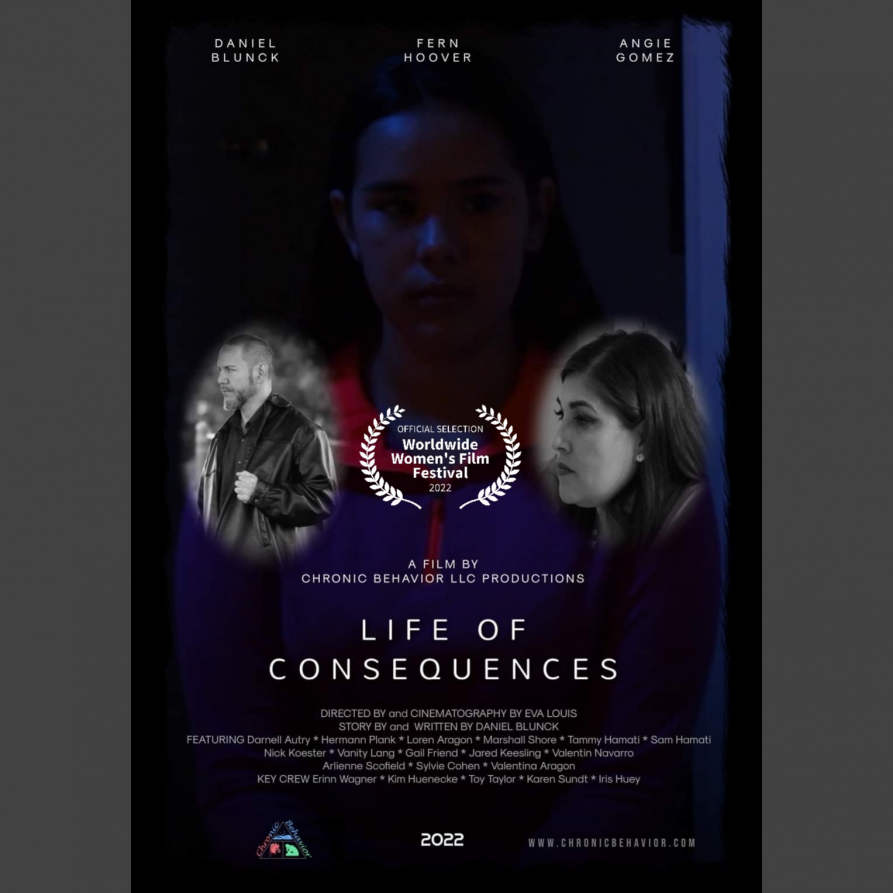 The story is focused on relationships and when tragedy happens who is really in your corner. Film Synopsis: When a man has to face the consequences of having caused a fatal accident, where does he turn? Seeking hope and support from those closest to him causes him to ponder his own mortality. He must make a choice to ease his own suffering and the suffering of others.

The film includes an all Arizona based film crew (predominantly female) and actors from the local community. This is the first feature film directed by Eva Louis and written by Daniel Blunck, who is also starring in the film.  Angie Gomez, from Superior, AZ, is starring in her first feature film and is a local celebrity singer and performer with Powerdrive Band. Fern Hoover, from Case Grande, AZ is known for her role in the TV Series, "Adam Ruins Everything" as well as a model for several designers in the fashion community.

Screening is on Sunday, Feb 20, 2022 at 6:03 pm
Tickets are available from https://filmfreeway.com/WorldwideWomensFilmFestival/tickets
Film Trailer:  https://www.youtube.com/watch?v=tC6-wKAR9EY