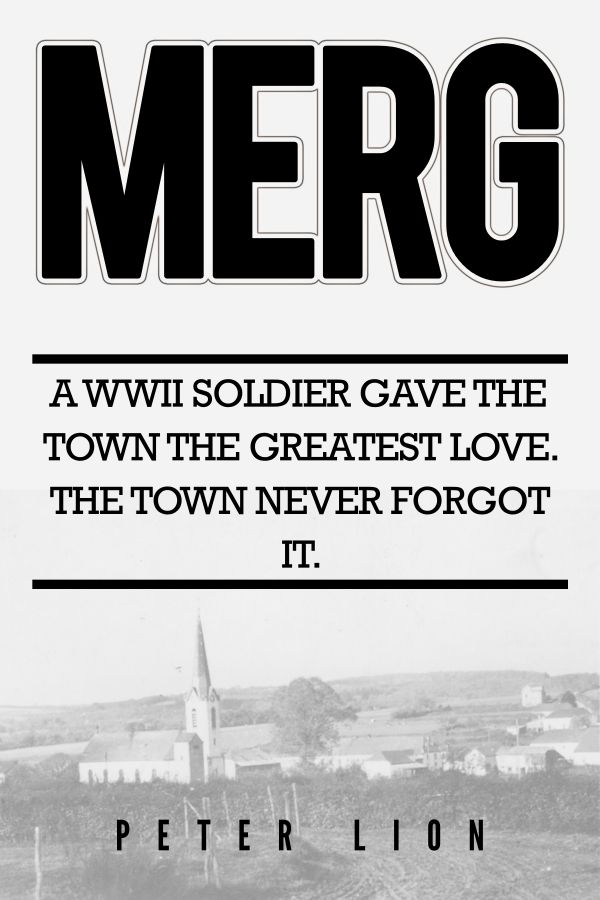 The story of an only son, heir to a family fortune; a small war town town and the only church IN THE WORLD dedicated to a single American soldier. George Mergenthaler was that soldier. "MERG" is his incredibly moving true story.
NEW YORK - s4story -- An ideal story for Veterans Day and beyond, "MERG" is a compelling and poignant TRUE story of an only son and only heir to a vast family fortune. Ivy League educated (Princeton University) and strikingly handsome, George Mergenthaler "had it all". When war came however, like so many of his generation, George enlisted in the army and because he spoke fluent German and French, was assigned to the 28th Cavalry Reconnaissance Troop. The unit would see action through Europe and in mid-November 1944, they found themselves in the small farming town of Eschweiler in Luxembourg for some R&R. Living among the villager for the next month, George more than any of the other soldiers, bonded with the people in town, sharing meals, attending church services and helping with chores. In short, George became like a son to everyone in the town. When the Battle of the Bulge erupted in mid December, George and the rest of the Recon Troop were forced to leave Eschweiler when they were nearly surrounded by enemy. Less than a mile outside of town their six vehicle convoy drove into the spearhead of the German attack. Pinned down, their situation seemed hopeless, with capture or death their only options. That's when George heroically sprang into action, laying down enough suppressing fire from a Jeep mounted machine gun to allow the rest of the Recon soldiers to "make a break for it". Seconds later, George was cut down by enemy fire. Having lost their only son and knowing where he'd spent his final days, living amongst the villagers of Eschweiler, George's parents offered to finance the rebuilding of the town's battle-damaged church where George had spent much of his time while in town. Today visitors to St. Mauritius can marvel at the brilliant colors of the stained glass windows, enjoy the sounds of the magnificent pipe organ and gaze at the mural behind the altar. The hand painted scene depicts Jesus feeding the masses with the help of an apostle; an apostle dressed in an olive drab US Army uniform and bearing the likeness of George Mergenthaler.

More on S For Story
https://www.youtube.com/watch?v=KWIn1YLf_t8