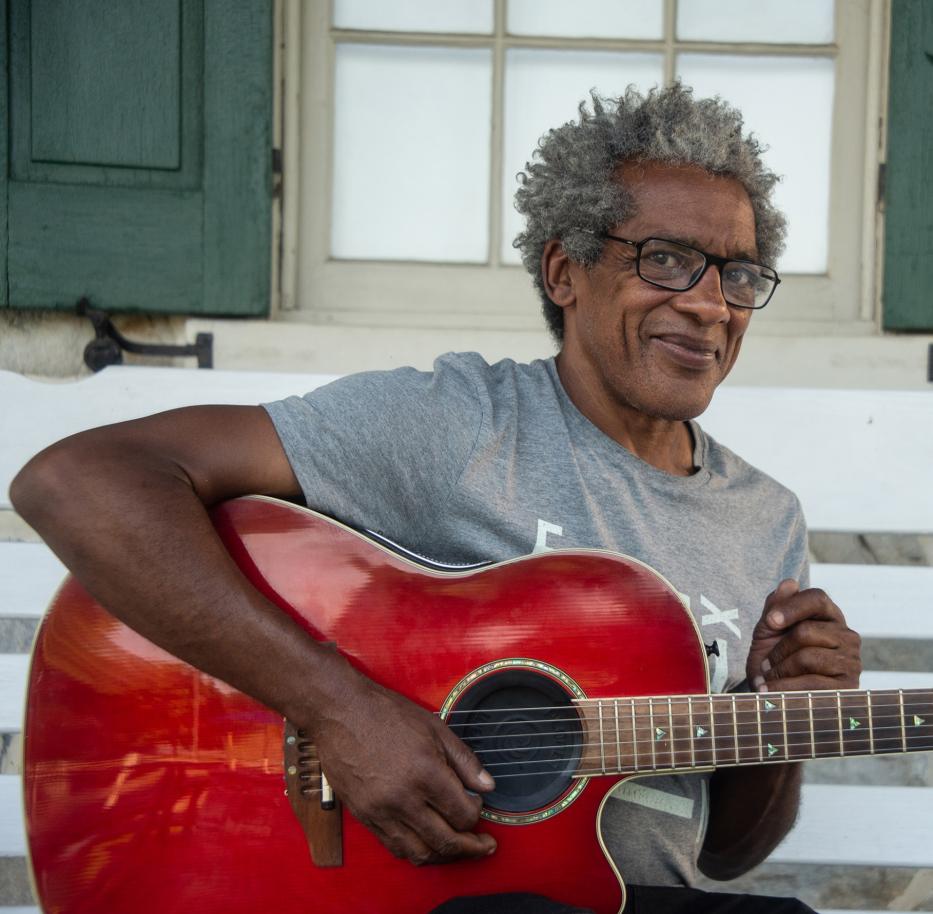 New single to be released in October 2020; album to follow in 2021
LANCASTER, Pa. - s4story -- Nola Blue Records is pleased to announce the signing of acclaimed Pennsylvania bluesman, Clarence Spady.  A long-time fixture of the Northeast music scene, Spady has been a regular performer at Greenwich Village's iconic Terra Blues club where he has been captivating travelers from all over the world with his guitar virtuosity and magnetic stage presence for nearly thirty years.

Spady was nominated for Best New Artist Debut in the 1997 W.C. Handy Awards following his debut release, Nature of the Beast, (Evidence Records, 1996).  His sophomore release, Just Between Us, (Severn Records, 2008) garnered a Blues Music Award nomination for Soul Blues Album of the Year.  He has performed internationally in support of both albums and plans to resume touring as soon as restrictions are lifted.

More on S For Story
At 59 years old, Spady has quite literally spent his lifetime performing, ever since his debut at the local Elks Club at age five, when he played "High Heeled Sneakers" with his uncle's R&B band.  Named as one of Living Blues magazine's Top 40 Guitarists Under 40 in 1996, his bright future was derailed by ongoing struggles with substance abuse and addiction which plagued him for many years.  Now, with the wisdom that only hindsight can bring, Spady shines brightly from a solid place of physical, emotional and spiritual strength, committed to recapturing his musical trajectory and reaching new heights.

For label president Sallie Bengtson, it is an exciting time to be working with Spady. "Clarence has the kind of soulful intensity that can't be taught, but only acquired through a combination of his God-given talents and life experiences.  Nurturing and inspiring that creative force is already yielding exciting results, and we have only begun to scratch the surface.  I'm eager to re-introduce this incredible talent to the worldwide blues community in the months ahead."

More on S For Story
Scott Goldman, who has managed Spady's career since 1991 says, "From fourth grade when I first heard Clarence perform to today as we embark on an exciting new partnership with Nola Blue Records, I'm proud of Clarence for his resilience in the face of many obstacles.  We are both so excited for this opportunity to share his transcendent musical ability with the world."

The forthcoming single will be released and promoted worldwide beginning in October, followed by plans for a full album release in 2021.  Visit www.clarencespadyband.com for more information, and follow him on Facebook and Instagram (@clarencespadyband)  for all the news.

Publicity and Promotion by Blind Raccoon.