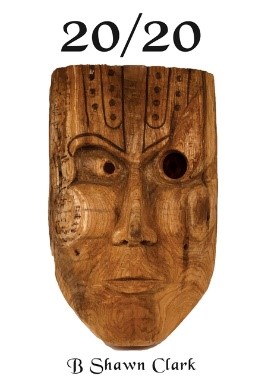 New book questions long term health of economy and foresees fundamental changes in how civilization reacts to a jolting change in environmental conditions
ENGLEWOOD, Fla. - s4story -- A new novel by author B Shawn Clark foresees economic hard times ahead this decade in what he describes as an updated version of the "Roaring Twenties" that is decidedly more tumultuous than its namesake a 100 years ago.

In his recently released book, 20/20, Clark depicts the world in which we live now from the perspective of a man living in the future, who describes his life growing up in a Miami  community ravaged by violent storms and economic collapse.  His journal entries tell the story of the Steinbeck-like travails he and his family endure in the 2020s.

It may have seemed risky to predict hard times in the 2020s even before the recent stock market crash and growing concern about the health of the economy.  But Clark doesn't see things that way.  In his view the economic slide towards financial Armageddon has already been set in motion even before the beginning of the 2020s.

"There is a reason that leaders such as Bernie Sanders have such an ardent following," says Clark.  "Times looked great for those select few at the top of the economic food chain. For the rest of us times are not so good.  Sure, we have jobs, some people have two or three of them.  But wages are stagnant.  Most working people struggle to get by, living paycheck to paycheck."

More on S For Story
In a You Tube video, Clark compares 20/20 to George Orwell's 1984.  He says Orwell, who published his book in 1948, transposed the last two digits, disguising his views of what was happening in 1948 by creating a setting for his novel that takes place in the future.  Orwell was being "descriptive more so than predictive" Clark claims.

At this juncture in history, the world stands at the precipice of a possible recession, if not worse, triggered by a global pandemic.  Climate change is no longer a possibility but a reality, as the world confronts more frequent (and more frequently violent) storms, wildfires, and swarms of locusts descending on Africa.

20/20 provides a preview of what is to come next.  The book does not paint a comforting picture of what the world looks like now, in the immediate future, and in the distant future.
But it is comforting to know what to expect, and that there are ways in which communities can take action to prepare for it.

20/20, by B Shawn Clark is available at Amazon and Barnes and Noble in the hardcover version as well as in Kindle and Nook, and also (online) at most independent bookstores, or can be purchased direct from the publisher HERE.