According To Top Harvard Educated Intuitive Jeanne Mayell, 2021 Is Going To Be A "Golden Year" 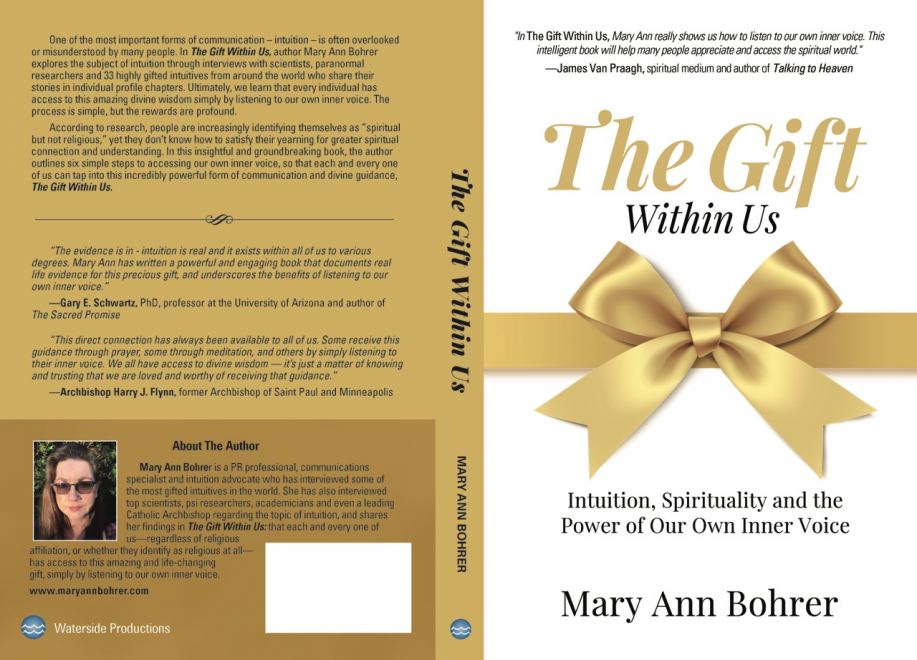 ACCORDING TO TOP HARVARD EDUCATED INTUITIVE JEANNE MAYELL, 2021 IS
GOING TO BE A "GOLDEN YEAR"

Mayell Accurately Predicted that 2020 Would be a Difficult "Crash Year" Back In 2014, But Now Says The Best Is Yet To Come In 2021

Harvard-educated Jeanne Mayell, considered by many to be one of the most gifted and accurate intuitives in the country – especially regarding predictions for the future – believes that 2021 is going to be a much better year than 2020, even stating that the coming year "will be kind of a 'Golden Year."

Mayell, who earned two graduate degrees from Harvard, and who is featured along with 32 other highly gifted intuitives in a new book by Mary Ann Bohrer called The Gift Within Us: Intuition, Spirituality and the Power of Our Own Inner Voice, recently revealed her surprisingly positive predIctions for 2021 during a radio interview on "Perth Tonight with Chris Ilsley" in Australia.

According to Mayell, who correctly predicted that 2020 was going to be an incredibly tough year back in 2014, the world is now going to be rewarded with this new, golden reality. "We're coming off of a period of literally decades of a sort of darker period of materialism. And that's going to shift – we can thank 2020 for that," says Mayell. "I think that gratitude and appreciation for each other -- for love, for caring for the Earth -- is going to be a reaction that we will start to see in 2021."

Mayell continues, "In 2021, it will be like the sun is coming out. The sun is a symbol of enlightenment, of light, happiness and joy – mostly of joy. I think we're in for something good."

More on S For Story
And COVID-19 may have actually played a positive role in the world, primarily by raising consciousness. "I really think that we are going to get a new respect for what could happen if we continue to abuse the Earth," predicts Mayell. "And we're going to be more careful about paying attention to science. I think that COVID is helping us with that."

For more information about Jeanne Mayell, her predictions, and The Gift Within Us, please visit www.jeannemayell.com and www.maryannbohrer.com