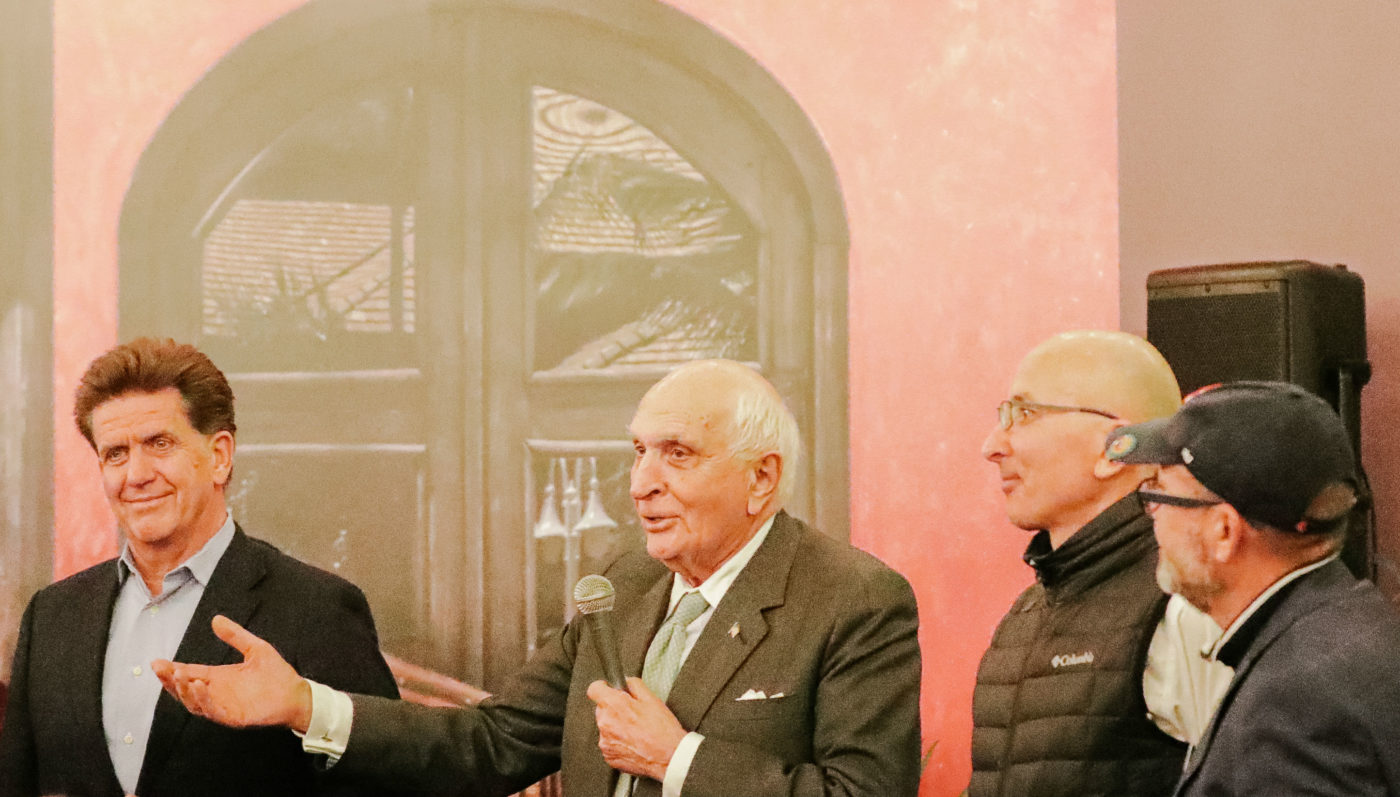 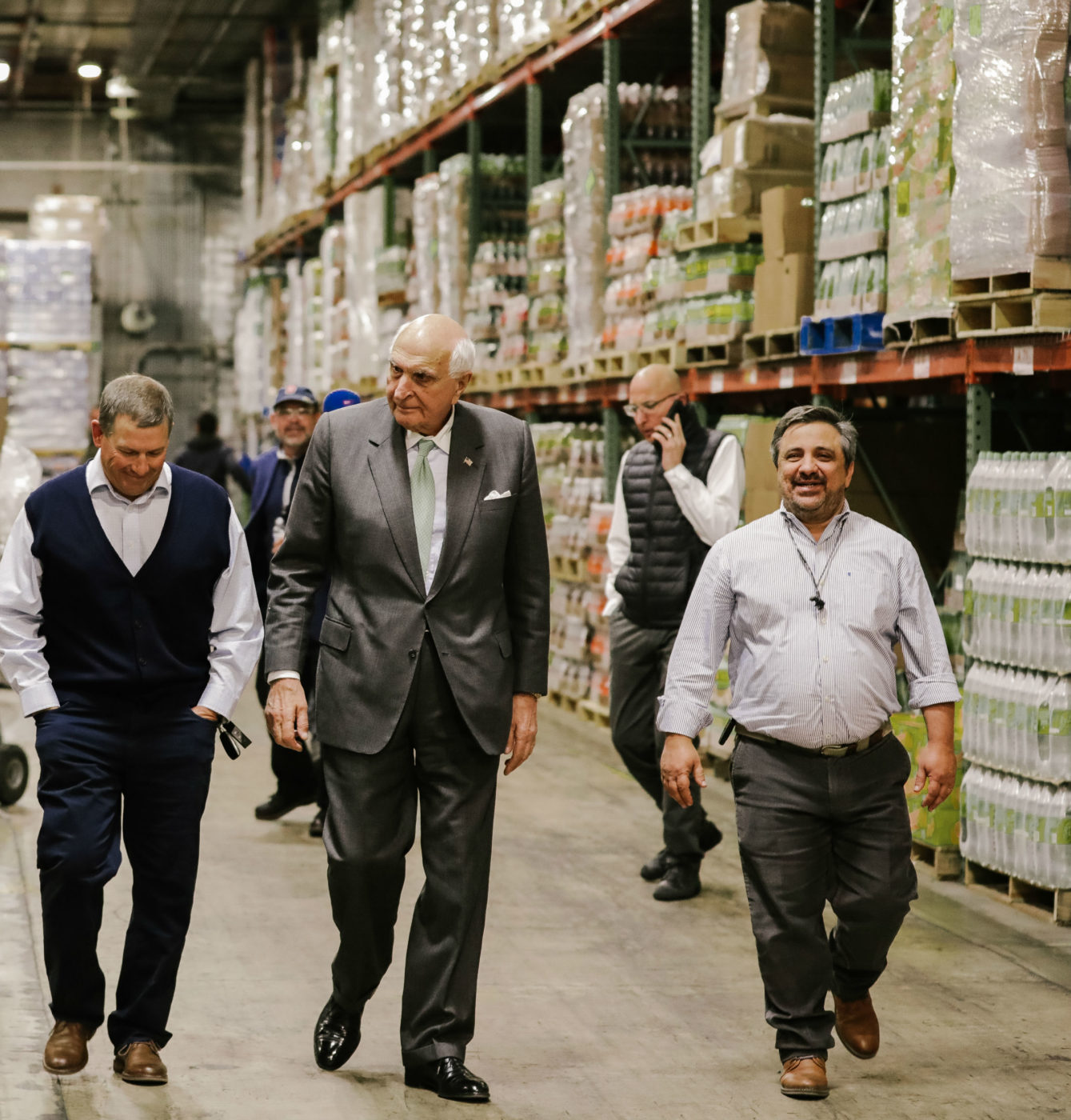 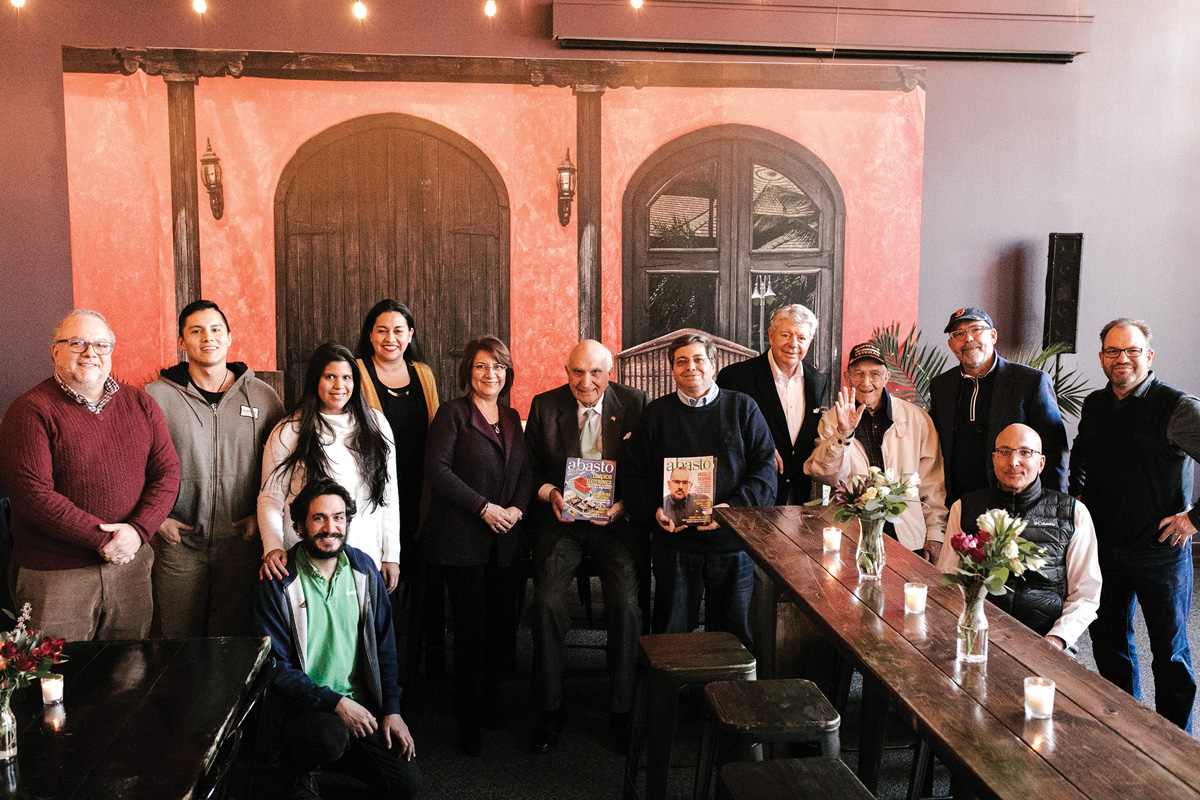 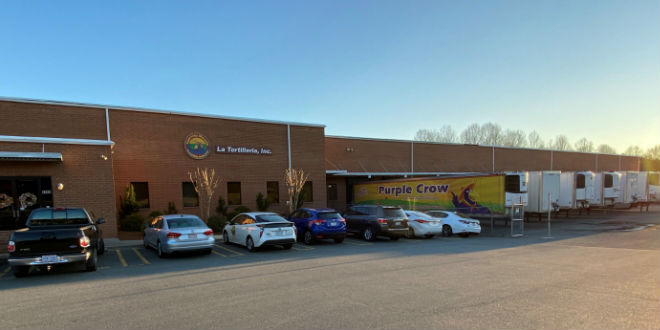 WINSTON-SALEM, N.C. & NEW YORK - s4story -- La Tortilleria, one of the largest Hispanic food distributors in the East Coast and its sister company Abasto Media announced a strategic alliance with a leading group of private investors.

The group of private investors focuses on supporting growth-oriented companies in a wide range of industries.

The new alliance will allow the Hispanic food distributor headquartered in Winston-Salem, NC, and Abasto Media, to advance their business growth more quickly and efficiently.

"I can't say that finding these partners is a dream come true any more than watching these businesses grow as they have is a dream come true. We never dreamed any of this would happen back when we started cutting grass together in 1986. Throughout the years, God has brought many, many people into our lives who together have built everything we have today. Without them, we would probably still be three brothers with seminary degrees pushing lawnmowers around," said Dan Calhoun, CEO of La Tortilleria and Abasto Media Publisher.

"So yes, they bring enormous financial capital to the table, and we will put it to work. But it's Tommy, Ken, Bruce, Al, Carlos, his son Blake and all the other people surrounding them and their companies - the human capital - that will propel this business into something that maybe now we can dream about it. I read Ken's book 'I Love Capitalism' before Tommy introduced me to him. It shows how much joy people can experience and what they can accomplish when they work for things bigger than themselves," added Calhoun.

The CEO of La Tortilleria further said: "I think God has given us this opportunity to do something very cool with and for a lot of special people. So, our motto is Life, Liberty, and the Pursuit of Happiness for the World's Good and God's Glory. That's what the Purple Crow is all about, and it's going to be a lot of fun being part of it!"

The Purple Crow or Cuervito Morado is a private label/mascot for La Tortilleria/Abasto. But very soon, it will be much more.

La Tortilleria operates out of a 100,000-square-foot warehouse and office facility but is in the process of doubling its warehousing operations in Winston-Salem, NC, as well as opening facilities in other markets.

"I believe this is a great opportunity for Abasto Media as it will create value for our readers, greater opportunities for our employees, and a stronger future for trade media publications," said Gustavo Calabro, Executive Director of Abasto Media.

Abasto Magazine is an innovative, print, and digitally focused media. "The partnership with the new investors will allow us to expand our national coverage to LATAM for the benefit of the Latin American entrepreneur and accelerate our plans to increase our printed and dynamic multimedia operations," added Calabro.

The well-known group of business leaders brings decades of experience in financial investment, banking, transportation, and business management to La Tortilleria. They expressed their complete confidence in the new partnership with Dan, Nathaniel, and Phil Calhoun, who will remain with the company.

More on S For Story
Thomas Teague met Dan Calhoun two years ago and was impressed with La Tortilleria's operation. "He knew the business really well, and he knew the opportunities. You can really trust Dan on everything that he said, and so that's where we got started on it," said Mr. Teague. "La Tortilleria has done such a great job; they understand the Latino culture, they know it better than anyone I've ever met, and that's why they impress me so much."

This business relationship allowed the other private investors to know the Hispanic food distribution company, and its enormous potential to grow in the industry.

"This is one of the most exciting businesses I've been involved in for a long time," said Ken Langone.

"My partner Tom Teague has a great nose for people, judgment. Tom told me that he had met these people, how impressed he was, and he got to know them. They were thinking about doing a transaction. But what do I think about us doing it? And I said, well, it's all about the people. We arranged the meeting, and it was clear to me: these are the kind of people I want to be in business with, that simple!" added Mr. Langone.

The New York investor explained, "the economics of what they are doing its fabulous; it's a growing market; it's in the right part of the United States."

"Anyone in business knows that the Hispanic market is one of the fastest-growing markets for goods and services in the United States. Once my good friend Tom Teague told me about La Tortilleria, it immediately sparked my interest because of the market that it serves, and my knowledge about how rapidly growing the Hispanic businesses is," said Carlos Evans.

"I'm very interested because in my experience at PepsiCo for 38 years, I have seen the growth of the Latino community as well as the Latino food business. I think it is one of the greatest growth opportunities in the country. I believe the possibilities to take advantage of the growth and expansion opportunities with La Tortilleria are great," said Al Carey.

The quality of people working in both companies was the key reason that led private investors to partner with La Tortilleria and Abasto Media. They were captivated by the way they treat each other and their clients, like a big family.

"They do it right; they respect their vendors and recognize the people who work with them. The Calhoun brothers have a culture that is more about family than a business, and that's important," stressed Ken Langone.

"People are the name of the game, and if you are good to your people, they are going to be good to you and so on, and that's what sold me on the three brothers' company," said Mr. Teague.

"At the end of the day, businesses are all about people, and I was very impressed with the Calhoun brothers. I was even more impressed by their way of doing business, focused on family, and taking care of their customers and employees. Their dedication to Hispanic people comes from their attachment through the years they lived in Mexico," said Mr. Evans.

"I think the Calhoun brothers have done a great job building up a nice business. It's like a family; they treat their vendors right. What I noticed too is they treat their people very good. The message that we are bringing, jumping into this business is, don't expect anything to change from us. We want to invest in this business to allow expansion, growth, and job creation. I think there is a great opportunity for that at La Tortilleria," said Mr. Carey.

More on S For Story
About La Tortilleria

La Tortilleria, since 1995, has been a leading distributor of Hispanic and traditional food products on the East Coast. By leveraging the company's relationships with vendors nationwide, La Tortilleria offers retailers a vast array of ethnic products.

La Tortilleria is redefining how traditional distributors attract, retain, and interact with the retailers by providing merchants with a suite of products and services.

The Calhoun brothers grew up in México as sons of missionary parents, Tom and Muriel. They have worked together for 34 years in many successful businesses.

Abasto Media is an independent food and beverage trade publication focused on supporting growth-oriented Hispanic and traditional retailers by providing the latest news and information on the food and beverage industry.

Gus Calabro is the Executive Director of Abasto Media. With over 20 years in the publishing and advertising industry, Gus has brought his expertise to continue supporting the growth of Abasto. Gus is a board member of the Latino Food Industry Association, and he routinely is a key-note speaker at different food and beverage events.

Ken Langone is the co-founder of Home Depot; he is the founder and CEO of Invemed Associates LLC., a New York Stock Exchange member firm. He also serves on the boards of Unifi, Inc., The Center for Strategic and International Studies, The Ronald McDonald House of NY, Horatio Alger Society Foundation, the Harlem Children's Zone, and its charter school, The Promise Academy and St. Patrick's Cathedral.

Bruce M. Langone is President of Invemed Associates, LLC. He graduated from the University of Arizona in 1985 and has a master's degree from NYU in Computer Interface and Database Design. He joined Invemed in 1997, where he focuses on the investment portfolio.

Thomas Teague is President and CEO of Salem Corporation, one of the largest privately-held transportation companies in the U.S. He is a partner in Invemed Associates, a New York investment banking firm. He has previously served on the boards of Rural Media Group, Joyce Foods, Professional Bull Riders, Baby Superstore, Congressional Sportsmen's Foundation and as a member of the Board of Visitors of the Wake Forest University Baptist Medical Center.

Carlos Evans retired from Wells Fargo Bank in May 2014, where he served as executive vice president and group head of the eastern division of Wells Fargo commercial banking. Carlos is chairman emeritus of the board of the Spoleto Festival USA. He also serves on the boards of Queens University of Charlotte, SYKES Enterprises, Highwoods Properties, National Coating and Supplies, Johnson Management, American Welding Supply, Warren Oil Company, La Tortilleria LLC., along with a fund board, Goldman Sachs Middle Market BDC.

Al Carey is currently the Executive Chairman at Unifi, Inc. in North Carolina. He is the former CEO of PepsiCo North America. He's recently retired from PepsiCo after a 38-year career where he was CEO at PepsiCo Americas Beverages, President & CEO at Frito-Lay North America, Inc. President of PepsiCo Sales, Inc. and COO at PepsiCo Beverages & Foods North America. He is also on the board of The Home Depot, Inc., the University of Maryland, and La Tortilleria Inc.

Filed Under: Business, Publishing
0 Comments
Latest on S For Story