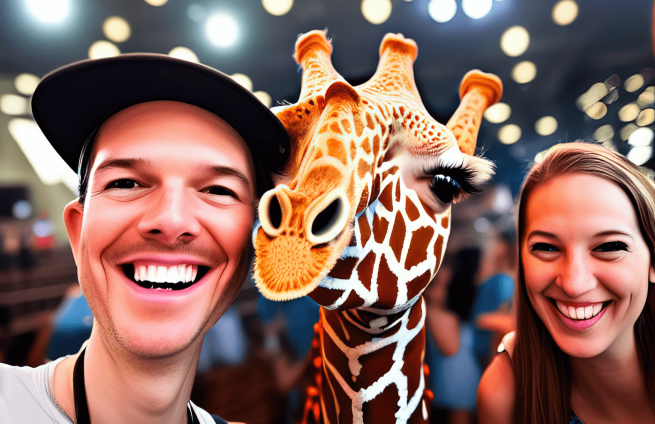 With the recent launch of artAIstry, owner Jeff Ganim is on a mission to bring beauty to humanity with his company's captivating AI-produced images.
SAN DIEGO - s4story -- While some critics consider AI-produced images a threat to the traditional creation of art, AI creators like Jeff Ganim hope to demonstrate that this unique, picture-making technique is more friend than foe.

"AI art is like a highly advanced paintbrush. It's another tool to add to the artists' toolkit – like when photography was first invented," Ganim said. "Machines are not taking over the human creative process. They are actually enhancing it."

This month, the California resident launched artAIstry, his very first "virtual art gallery" of AI-produced pictures, allowing people to admire the uniquely-made images from behind a computer screen. The pictures, which blend photography, art and imagination, can also be purchased as a beautiful AI wall art canvas, as prints or as framed art for a reasonable fee.

More on S For Story
"All of the art on our website has been created through cutting edge artificial intelligence technology, which allows us to create photorealistic images large enough to hang up on your wall," Ganim said. "Because of the rapid advance of AI technology, humanity's creative potential is being unleashed with this advanced AI technology."

"This art was not created through a sort of copy and paste technique. It was created by machine learning of the techniques used in billions of images," he explained.

If you can dream it, it can be turned into an AI image. Some examples of creative images on Ganim's website include: a cow taking a selfie at the top of Mount Everest, a smiling giraffe posing with Congress, an ocean wave made of translucent glass, a Chicago photo imagined by Vincent Van Gogh, and Yosemite National Park as if it were colorfully designed by the famous Spanish architect Antoni Gaudí.

More on S For Story
"When I first discovered AI images I was glued to my computer for hours. I couldn't believe the amazing capability and creative potential," he said. "Many believe that this is just the beginning of AI technology, and that we are at the start of a technological revolution. I also want people to see how AI can be a creative revolution that enables and empowers humanity."

Excited for artAIstry's future, Ganim said his company's mission is to help AI artwork become more mainstream and to "bring beauty to humanity." Learn more about artAIstry by visiting https://artaistry.com/.