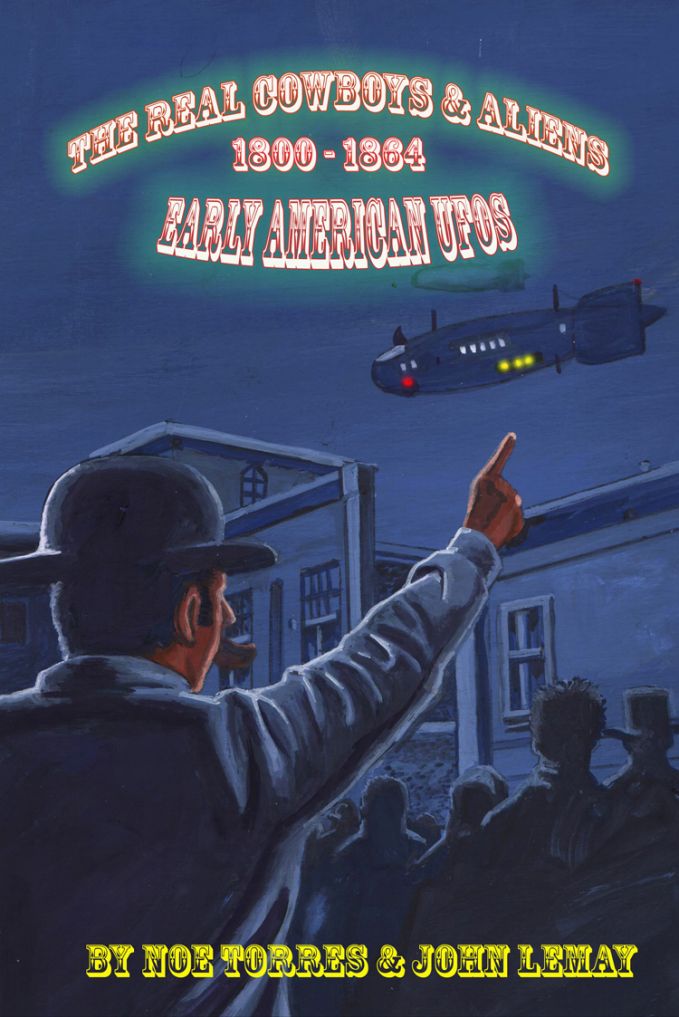 ROSWELL, N.M. - s4story -- Yes, America's early pioneers, ranchers, and cowboys really did see UFOs in the skies over North America, according to Noe Torres and John Lemay, authors of the book The Real Cowboys & Aliens: Early American UFOs, available on Amazon at https://amzn.to/2PqFHwV or at RoswellBooks.com.

"UFOs were actually quite common in the 1800s," said Torres, a veteran UFO researcher who has appeared on shows for History Channel and Travel Channel. "We have found hundreds of newspaper and magazine accounts about people seeing strange objects and lights in the sky and on the ground. We also found articles that mention face-to-face encounters with creatures that seemed human but were clearly not."

Long before the first airplane took flight, when nothing but birds should have been in the skies, the early residents of the United States witnessed bizarre unidentified flying objects of all sizes, shapes, and descriptions, according to the authors. 19th century denizens encountered strange beings that clearly were not human, including "Men in Black" and possibly time travelers. They saw huge mother ships, underwater UFOs, and other unexplained wonders.

More on S For Story
"Some of America's most famous early historical figures, including Thomas Jefferson, Ben Franklin, George Washington, shared an interest in UFOs and extraterrestrials," said John LeMay, an author / historian who is president of the Historical Society for Southeast New Mexico, based in Roswell. "Our book reveals the 'other' American history that you were never taught in school."

In reviewing the book, UFO expert Nick Pope said, "If you think the UFO mystery began in 1947 with flying saucers and the Roswell crash, think again. This fascinating, data-rich book explores a wealth of intriguing incidents that were formerly interpreted through the lens of folklore, but which could now lead to a fundamental reappraisal of the greatest mystery of the modern age. With the focus on the 19th century, this delightful tome shines a light on a slice of American history that shows truth really can be stranger than fiction."

Best-selling author Donald Schmitt, in his review of the book, said, "What Torres and LeMay have clearly defined in this suspenseful thriller tome, is that the UFO accounts portrayed throughout this exhaustively researched work, remain in a separate class…. Aside from a rare hot-air balloon or dirigible, there was nothing else in the air back then… or on the ground; the witnesses are clearly describing something which precedes the Wright Brothers technology."

More on S For Story
Did these strange encounters really happen as recorded, or were they the products of overworked imaginations? Ultimately, the readers must decide. The Real Cowboys & Aliens: Early American UFOs is available on Amazon at https://amzn.to/2PqFHwV or at RoswellBooks.com.