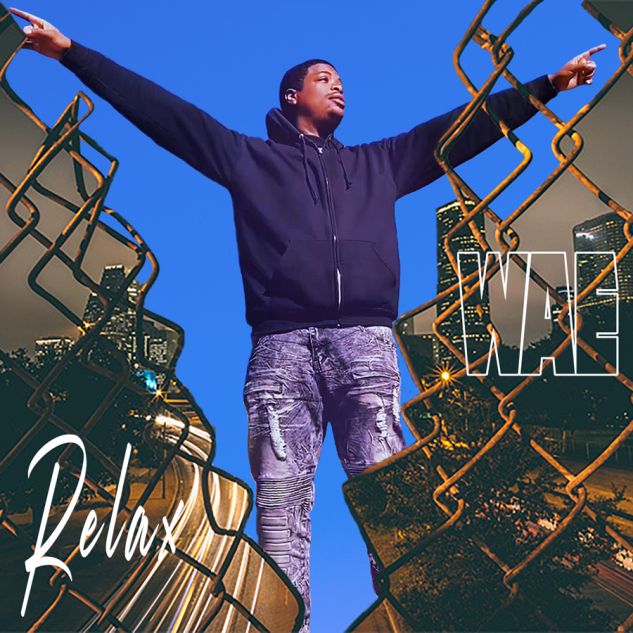 Hip-hop super star Wae is on fire with his new single Relax that's reaching radio airwaves around the globe. Since the day of its release, the new artist of AEE has been gaining a lot of buzz about his new single.
LOS ANGELES - s4story -- Wae aka Cedric Groves signed to Atlas Elite Entertainment back in February 2021. Since he signed his record deal, Wae's first debut single "Relax' peaks at the number 1 spot on the Urban Influencer Hip-hop charts. "This is a great start for our artist, said Angel Sessions who is Wae's manager. We will be releasing his new EP coming soon and we have great plans for him."

The new single was released on the online stores on March 26th, 2021. It has been featured in several magazines such as The Hip Hop Weekly Magazine, Artist Rack Hip-hop Music, She Bloggin Music, and the Atlas Elite Entertainment magazine to name a few. A new video will be releasing and available on June 21, 2021, on Wae's YouTube channel.

More on S For Story
Relax is a love song and the hip-hop element keeps the music hyped and enjoyable to listen. The team of Atlas Elite Entertainment is proud of their artist Wae and the accomplishment he is already making at the early start of his career. The hip-hop recording artist is set to release new music coming in 2021. Wae's new fans await his new material and have been supporting his latest single Relax.

Now at 11 weeks on the National Urban Influencer Hip-hop Charts, radio has shown tremendous support on the single and many people requesting to hear the song on the radio. Look for the new video Relax and get ready for more music coming from the talented recording artist Wae. For more information about Wae visit at
http://www.atlaseliteentertainment.com/

About Wae:
Crown Prince of #AEE, Hip-hop recording artist, and lyricist, Wae is coming hard with his new hit single, "Relax" debuting on the Amazon charts at #14 top 100 Best new release and #38 Movers and Shakers. Hitting the radio waves around the globe, Wae will surely have the world knowing his name. His skills in engineering and mixing make him a force to be wreck-in within the music industry. Wae signed to Atlas Elite Entertainment along with his teammates, the Princess of #AEE, Shardella Sessions, and the first lady of #AEE 10x award-winning recording artist and songwriter, Angel Sessions. Coming 2021, Wae will be releasing his new EP, and more bangers from that as singles. Born and raised in Chicago ILL, Wae's passion for music started at an early age. He then went to college in Chicago to study engineering and graduated with his BA degree. Wae began writing his own songs and sharing them around his local native area with friends and family. Little did he know, that he will meet, Princess of Atlas Elite Entertainment, Shardella Sessions. They both began to record music for Shardella's project. Shardella introduced him to the #AEE team to hear his music, and Angel Sessions his new manager, and the rest was history. The world awaits, a talented superstar in the making, and his name is Wae.