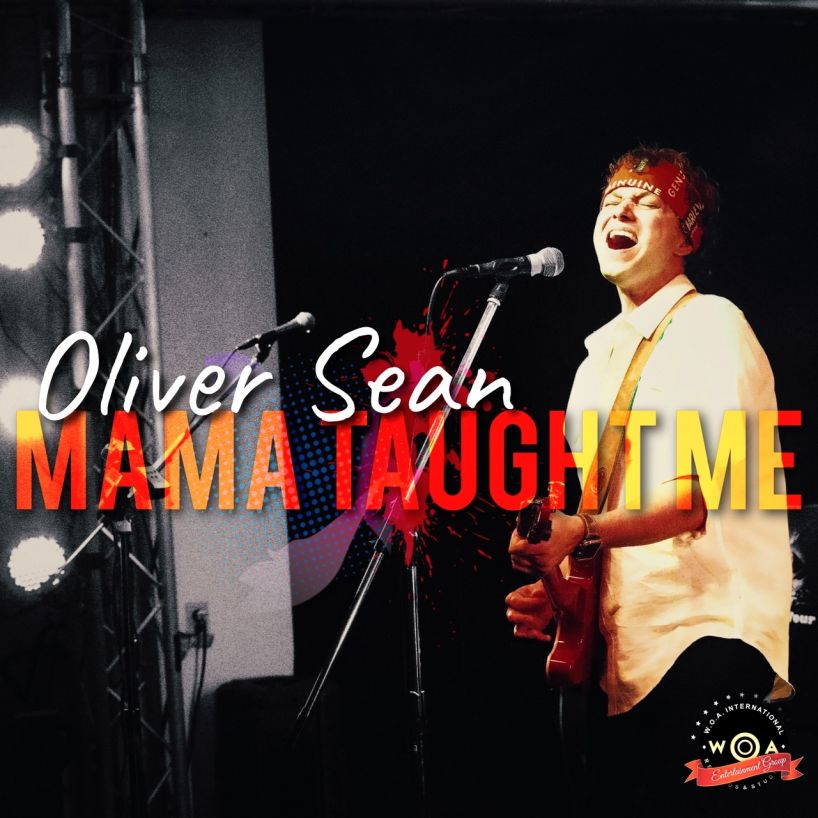 Mama Taught Me, the highly anticipated Blues Rock single by Multiple Billboard Top 10 Artist and MTV EMA Nominee Oliver Sean will be released by WOA Records and Studios on the 4th of October this year.
BRIXTON, U.K. - s4story -- Powerful, Gripping, Hits Your Heart, these are just some of the words being used to describe Oliver Sean's new Blues Rock single by critics, producers and award winning music personalities who have been lucky enough to hear the single Mama Taught Me before the official launch. The single is scheduled to be released worldwide on the 4th of October, which happens to be a very special day for the singer songwriter, and is relevant to the title of the song, being his Mothers birthday.

"Most of my songs are very personal songs, written from personal experiences, however I believe that Mama Taught Me is a song that my fans will be able to identify with on an intimate level" says Oliver Sean, "an interesting element of the song is the arrangement, where the Oliver Sean Band have been able to capture our live performance energy that fans have come to expect of us, in the recording of this single, which is no easy feat in a studio"

More on S For Story
Joining Oliver Sean and his band on this single are Celebrated Piano Virtuoso Alex Otey and Award Winning Saxophonist Suzanne Grzanna, adding their magic touch to the arrangement of Mama Taught Me.

WOA Entertainment Group has announced that Mama Taught Me is a preview of Oliver Sean's upcoming 2023 Blues Contemporary album, set to release in January, and that the artist is currently filming a music video for MamaTaught Me, which will be released alongside the single in October. Oliver has had several Billboard top 10 hits in the Singles and Albums charts, with 2 of his albums making it into the coveted Billboard Blues Album Charts at #8 in 2020 and #14 in 2021.

Fans can follow the release day countdown at www.oliversean.com and the  'Making Of the Song' daily video and photo updates across all Oliver Sean social media pages - Instagram/Twitter @OliverSean, Facebook @OliverSeanBand, TikTok @TheOliverSean.

Find out more at www.woaentertainment.com