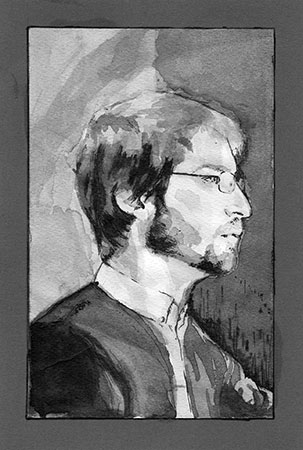 BALTIMORE - s4story -- Mysterious author Israfel Sivad finally released his memoir Disorder. As has often been speculated, it was revealed that "Israfel Sivad" is a pen name. However, the story of the author's life is even more extraordinary...

Disorder tells the story of Michael Adams, the man behind the pen name, Israfel Sivad—author of 15 previous books (2 novels, 5 collections of short stories, 7 collections of poetry, and a collection of essays), founder of Ursprung Collective, and lyricist for indie rock band One & the Many.

At 37-years-old, Michael wasn't sure any longer if he was hipstered out or truly beat. He was a recovering drug addict and alcoholic. He'd been in psych wards, and he'd spent almost a decade writing his second novel. But then, he found himself inspired in a whole new way. He believed he might be falling in love...

More on S For Story
Disorder traces Michael's experiences from a period of homelessness at the age of 32 through his battles with alcoholism and psychosis back to his birth in Southern California. Simultaneously, it weaves a tale of the relationship Michael is trying to build with his girlfriend, Pam.

In this story, the author develops a groundbreaking, nonlinear style that captures both the disjointed madness of psychosis and the natural rhythms of memory. He reveals the reality behind what many believe they would never be able to live through: drug addiction, alcoholism and psychotic breaks… and his ability to overcome those demons to discover love, even when it seemed he was already too damaged to let that emotion take hold.

This is the true, life story of the man who blogger Jay Odd once said—after reading his poetry collections Indigo Glow and The Tree Outside My Window—she would "love to meet…" It's the book author Anthony Avina calls, "Powerful, emotional, and a brilliant read…"

Don't miss your opportunity to experience Disorder today. Available wherever you purchase books.

Filed Under: Publishing, Literature
0 Comments
Latest on S For Story