When there's something strange in your neighbourhood, who are the police gonna call? The Office of the Witchfinder General 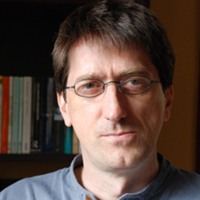 Dealing with supernatural threats to Her Majesty's realm is the purview of HM OWG. You would be surprised to know how many operatives they have throughout the UK. The Eye Collectors is the story of one perfidious case from the Cardiff office.
DARTFORD, U.K. - s4story -- Elsewhen Press, an independent UK publisher specialising in Speculative Fiction, is delighted to announce the publication of The Eye Collectors by Simon Kewin.  Subtitled A story of Her Majesty's Office of the Witchfinder General, protecting the public from the unnatural since 1645, it is genre-defying, being at once a contemporary urban fantasy, a chilling paranormal thriller, a gritty police-procedural mystery, and a witty satire on the barriers to diversity in modern society… set largely in Cardiff.

When Danesh Shahzan gets called to a crime scene, it's usually because the police suspect not just foul play but unnatural forces at play. Danesh is an Acolyte in Her Majesty's Office of the Witchfinder General, a shadowy arm of the British government fighting supernatural threats to the realm. This time, he's been called in by Detective Inspector Nikola Zubrasky to investigate a murder in Cardiff. The victim had been placed inside a runic circle and their eyes carefully removed from their head. Danesh soon confirms that magical forces are at work. Concerned that there may be more victims to come, he and DI Zubrasky establish a wary collaboration as they each pursue the investigation within the constraints of their respective organisations. Soon Danesh learns that there may be much wider implications to what is taking place and that somehow he has an unexpected connection. He also realises something about himself that he can never admit to the people with whom he works…

The Eye Collectors is available now in eBook format and will be available in paperback from 16th November 2020.

Notes for Editors
About Simon Kewin
Simon Kewin is a pseudonym used by an infinite number of monkeys who operate from a secret location deep in the English countryside. Every now and then they produce a manuscript that reads as a complete novel with a beginning, a middle and an end. Sometimes even in that order.

The Simon Kewin persona devised by the monkeys was born on the misty Isle of Man in the middle of the Irish Sea, at around the time The Beatles were twisting and shouting. He moved to the UK as a teenager, where he still resides. He is the author of over a hundred published short stories and poems, as well as a growing number of novels. In addition to fiction, he also writes computer software. The key thing, he finds, is not to get the two mixed up.  He has a first class honours degree in English Literature, is married, and has two daughters.
Visit bit.ly/TheEyeCollectors