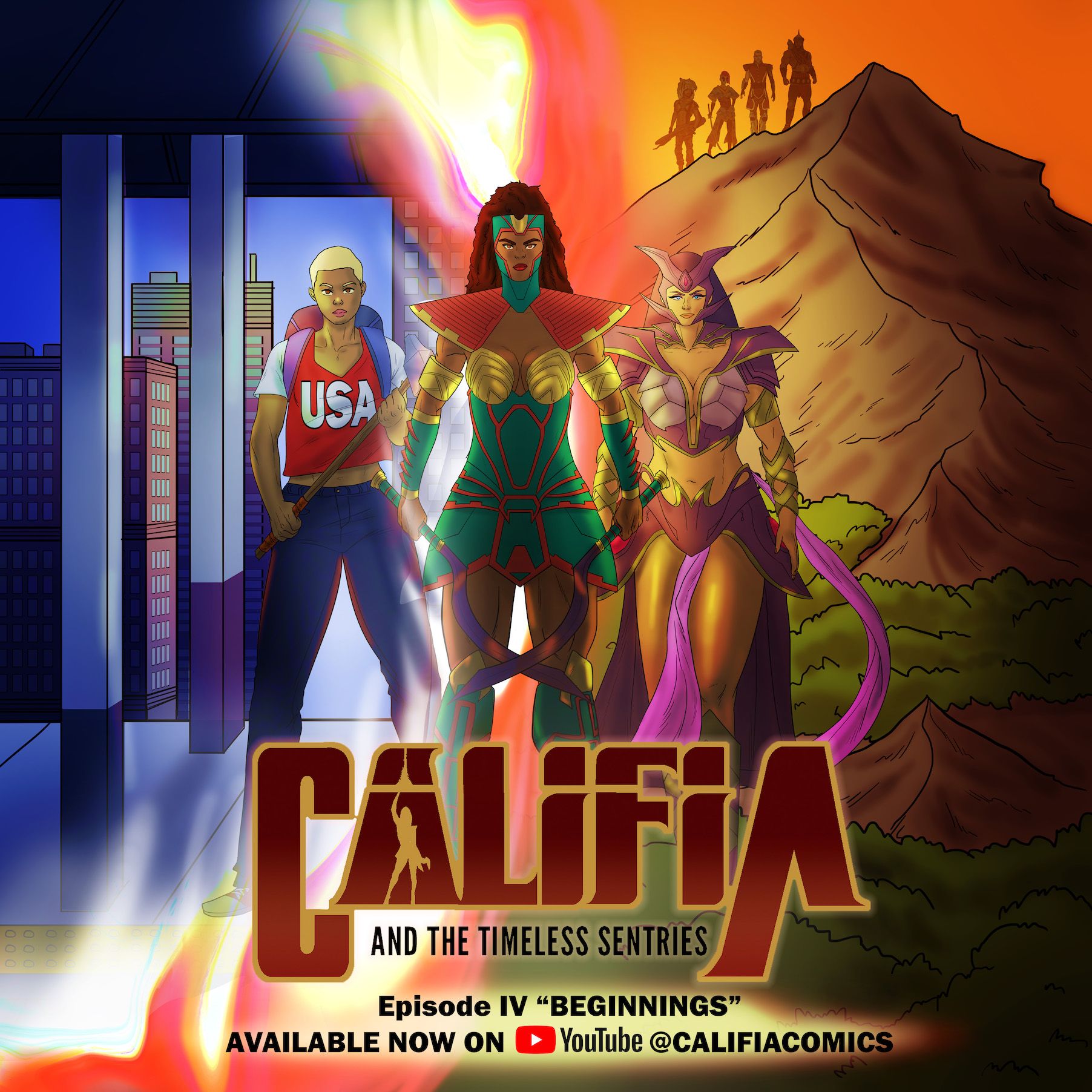 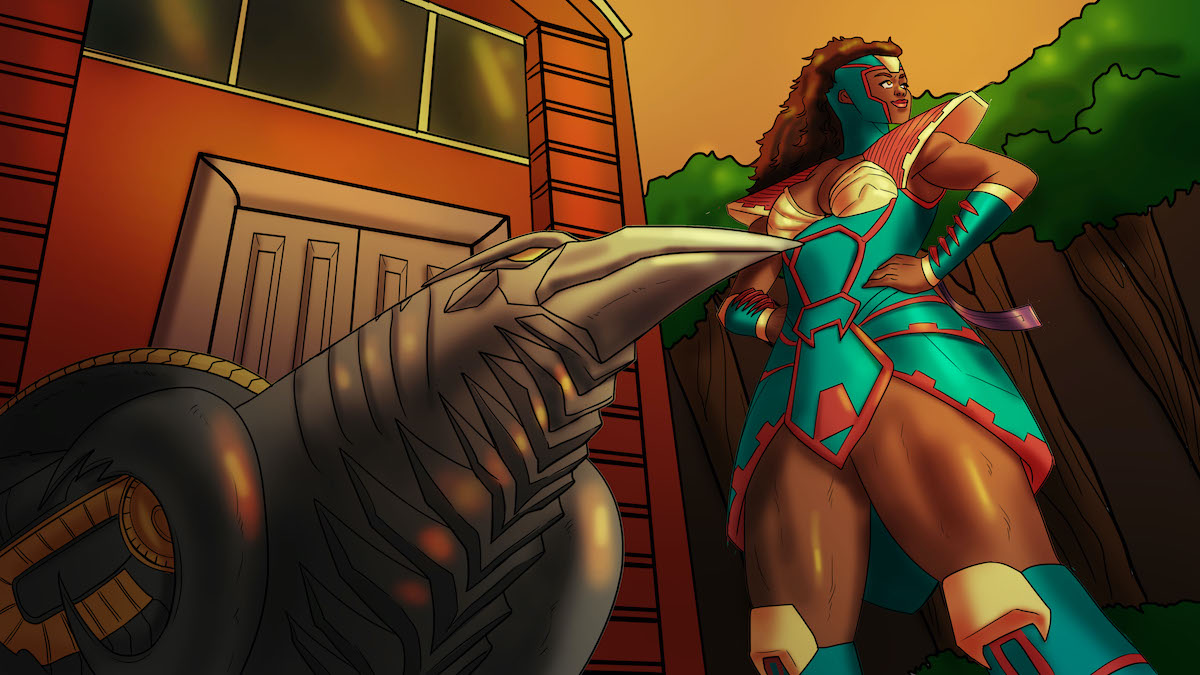 The Hidden Her-Story of Legendary Nubian Amazon Queen Explored in Science Fantasy Motion Comic Co-Starring Characters of Color from Classic Literature
LOS ANGELES - s4story -- Califia and the Timeless Sentries is entertainment publicist turned creator, writer and producer Keith L. Underwood's modern science fantasy take on the ancient story of Califia, the Black Amazonian queen who gave her name to the state of California.  She aids an epic superhero team known as the Sentries who fight the evil forces of Lemuria, an other-dimensional world where time, space, science and sorcery defy all the laws of nature.  People and things have been teleported there for centuries, the real question is why and by whom.  The anime-style, motion comic web series Califia and the Timeless Sentries Episode IV "Beginnings" is available now on YouTube @califiacomics.

More on S For Story
In Episodes I, II and III of Califia and the Timeless Sentries, Califia (Dana Gourrier) is a very mysterious figure.  Now, in Episode IV "Beginnings," the story delves more into Califia as she discovers her own strength and true voice.

Underwood had this to say about Califia and the Timeless Sentries, "I am so proud of this action-packed episode that also deals with complex issues about self-identity, suicide, bullying and redemption.  I want to thank everyone involved with this project."  Underwood continues, "This idea has been circulating in my mind since I first heard the tale of a Black Amazon queen California was named for in a Los Angeles grade school classroom.  Now, I'm adding my own original spin to Garci Rodriguez de Montalvo's work dating all the way back to 1510.  And, I get to play with all these other characters of color from classic literature?  Wow!  It's just been amazing!"

More on S For Story
Califia and the Timeless Sentries is now poised to be a trailblazing project lighting the path for the next wave of Black creators.

Filed Under: Entertainment, Literature
0 Comments
Latest on S For Story