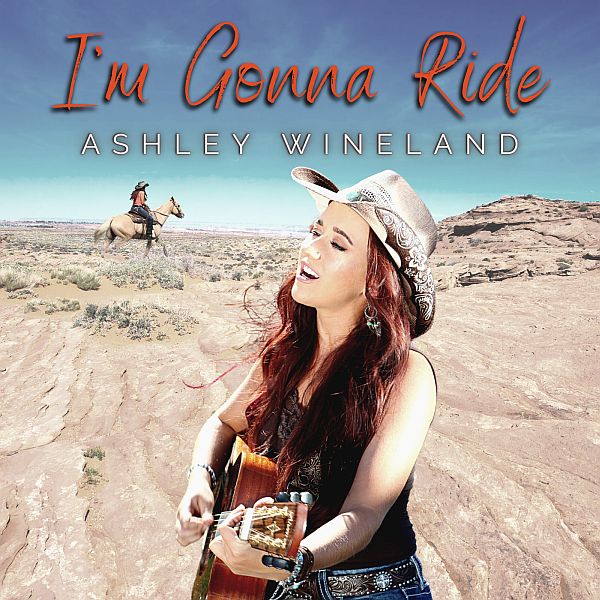 GLENDALE, Ariz. & NASHVILLE, Tenn. - s4story -- It was announced today by Official CMT Artist Ashley Wineland's management team that she will be releasing the title track from her upcoming album, "I'm Gonna Ride," on January 15, 2021. The song will be available on all music service outlets.

"I'm Gonna Ride" tells the story of finding the inner strength and drive to attain your heart's desires and realize your dreams while pushing past feelings of being stymied in life's journey. According to Wineland, "This song has tremendous meaning for me as it celebrates one's personal liberation. 'I'm Gonna Ride' was written as my personal anthem while I was going through some radical changes in my life. For me, one of the most freeing feelings is riding through the desert on the back of a horse. I've tried to capture that essence in this song."

Wineland continues, "As crazy as life has been as of late, we all need a reminder that the biggest changes happen when you take control and trust yourself, even if you are not 100% sure where a particular road will take you. 'I'm Gonna Ride' is a song of encouragement; of taking life by the reigns and pursuing your dreams and not allowing fear of the unknown to hinder you in your personal path. It is my hope that others can draw upon the song's message and also find their way."

More on S For Story
The "I'm Gonna Ride" album, due out later in 2021, carries a theme of empowerment. Produced by Bryan Kuban of Kube Music in Arizona, it is Wineland's third album. The official music video for "I'm Gonna Ride" is set to be released on January 29, 2021.

With several national tours under her belt that captivated audiences across the U.S., Official CMT Artist Ashley Wineland has become a favorite at venues and festivals, a frequent guest on television and radio shows alike, and is often the subject of newspapers, magazine articles, and top music blogs. Her voracious vocals, relatable demeanor, and soulful sound have left an indelible impression. Along the way in her musical journey, this diminutive girl-next-door with a voice and heart as vast and vibrant as the Arizona desert has amassed a dedicated global fanbase, along with a colossal following of over 750K followers on social media. Possessing the impassioned spirit of an old-world troubadour, Ashley's enthralling songs strike a chord of authenticity while capturing the heartbeat of the heartland.