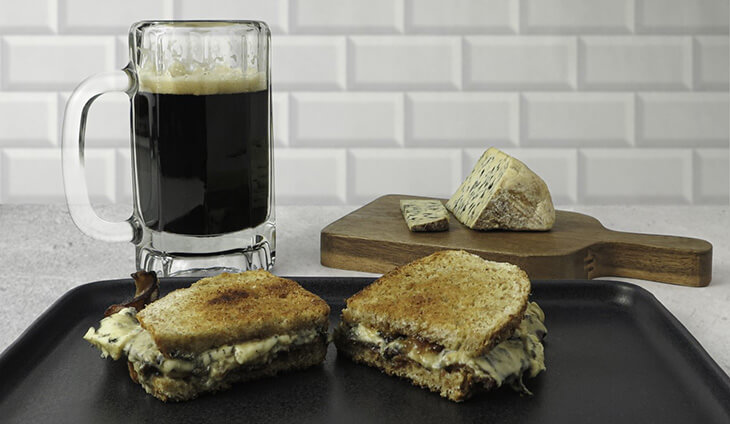 NEW YORK - s4story -- Just one week after its release, Emily in Paris was the number one most-watched TV series on Netflix, according to Collider. Emily plays an American social-media-whiz living in Paris, and like life imitating art, the real @emilyinparis Instagram account now boasts over 1 M followers. Although Americans may not be traveling abroad right now, they can't get enough of all things European. And as interest in cooking and trying new recipes surges, viewers of the show especially are looking to add some French flair to their cooking while binge-watching.

More on S For Story
According to a recent article in Forbes, we are craving comfort food such as macaroni and cheese. A simple upgrade to this classic dish is to switch up your classic American cheese with one of better quality. In the cookbook, Dinner in French, author Melissa Clark describes Mac and Cheese with Bleu d'Auvergne and Gruyère. "This golden-topped dish has a lot more oomph than your average mac and cheese, partly due to the piquancy of the Bleu and Gruyère, and partly because of all the garlic I grate into the crunchy bread-crumb topping. It's still got all the gooey allure of the more classic casserole, but with an added French panache."

For more French flair, try the Mimolette and Comte Macaroni and Cheese  found in French Country Cooking. Author Mimi Thorisson calls it the "king of comfort foods." For a luxe Mac and Cheese, add some lobster, or truffles, and switch out the Comte for a silky Triple Crème.

A true American classic, the cheeseburger, gets an upgrade with French cheese. Charles Duque, Managing Director of the French Dairy Board says, "Any cheese that melts will be great on a cheeseburger. Think gooey Comté, from the Jura Mountain region, luscious Brie, or even a bleu cheese like Fourme d'Ambert for a luxurious version that friends, and family will rave about. The savory umami in cheese intensifies the flavor of the burger."

There's nothing more American than a grilled cheese sandwich, except when it's made with French cheese. Cheeses of Europe provides tips for some great riffs on grilled cheese sandwiches, including "The Money", made with bacon and thick slices of Fourme d'Ambert, a delicately fruity, mild bleu cheese, and the "Triple Crème de la Crème" with Triple Crème cheese, strawberries, basil and balsamic glaze. Triple Crème cheese is also used in the Sunday Brunch Grilled Cheese in the Grilled Cheese Kitchen cookbook, and author Heidi Gibson says it was inspired by the Monte Cristo. It can make for a very sophisticated brunch sandwich. For more delicious ways to add French flair to your everyday dishes visit  https://cheesesofeurope.com/news/cheeses-europe-celebrates-french-american-fusions or www.cheesesofeurope.com.